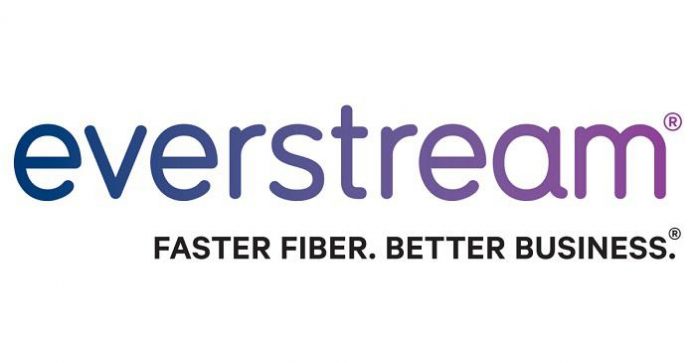 Everstream, the business-only fiber network, has exceeded its forecasted 2020 expansion goals, investing more than $300 million in growing its high-capacity, low-latency fiber network to more than 15,000 route miles across the Midwest.

This year, Everstream constructed more than 2,000 route miles of new fiber and supplemented that with strategic acquisitions, positioning it as the premier fiber provider in the Midwest.
In January, Everstream set aggressive growth goals for 2020, stating it would invest more than $250 million and expand its network to more than 15,000 route miles.

“Everstream is designing and building a network that’s ready for the next 25 years of innovations. No other provider is growing at the speed we are. We’re upgrading our high-capacity infrastructure to provide unmatched speeds and low latency for businesses in the Midwest and beyond,” said Everstream President and CEO Brett Lindsey.

As part of its 2020 growth, Everstream also:

Built more than 10.5 million feet of new fiber, or more than 7 miles of fiber installed per business day.
Constructed new fiber networks in Chicago and St. Louis, and densified existing networks in Midwest cities in the company’s footprint. The densification efforts included Everstream’s networks in Columbus, Cleveland, Detroit, Indianapolis, Milwaukee, and across the state of Michigan.
Acquired the fiber assets of Rocket Fiber LLC in Detroit and LightBound in Indianapolis.
Agreed to acquire network assets from Uniti which will add more than 10,000 route miles to Everstream’s network and launch Everstream into additional major metro areas, including Pittsburgh, Philadelphia and 10 new markets in Pennsylvania in 2021.

Entered into an agreement with DISH to provide high-capacity, low-latency fiber connectivity throughout its current and expansion markets as DISH builds its 5G network.

Added fiber connectivity to 16 additional state-of-the art data centers, bringing the total to 52.
Increased on-net locations by more than 20%.
Increased its workforce by nearly 60% through organic hiring and acquisition, including sales and support teams.

“In addition to organic growth, Everstream has supplemented its buildout with strategic fiber acquisitions that both densify the Everstream network and take us into new markets,” Lindsey said. “Despite the very difficult conditions overall, it’s been an extraordinary year for the Everstream team. We plan to continue that momentum and provide our customers with much-needed connectivity in 2021 and beyond as they seek to scale their businesses.”