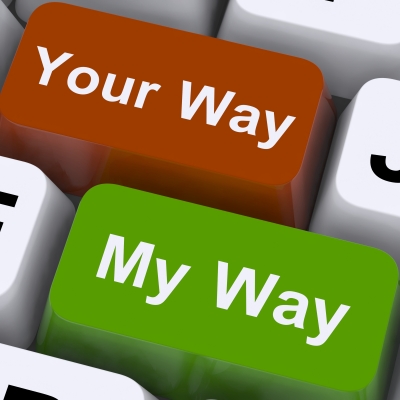 There seems to be no stopping to the ongoing war of words between the green field 4G operator – reliance Jio and the India’s telecoms body COAI.

While Reliance Jio has said that COAI is a biased body and needs to change its way of functioning, rules and regulations – on the other hand – COAI has called Reliance Jio as a Back Door Operator in India.

COAI has confirmed that it has received a letter from its member, Reliance Jio, regarding various matters of governance principles and practices of the Association.

“COAI believes these are private, internal matters of the Association and hence will be dealt with internally among its members. Jio is a member and this is a matter which can easily be discussed at the association. The conduct is not becoming of a member when appropriate forums are available within the association.” explained, Rajan S. Mathews, Director General, COAI.

“COAI believes there are many misrepresentations, misinterpretations of law and fact, as well as characterisations with which it vehemently disagrees. These will be suitably responded to after careful review and deliberation amongst members. Reliance Jio is labelling the established and well performing operators who have served the cause of digital India for long years as Incumbent Dominant operators (IDO). This is slanderous, mischievous and suggests that the existing leading members are a cohort bent upon blocking entry of new operators on the basis of bald allegations. None of the half a dozen new operators who have entered in the last five years have ever accused COAI or in fact labeled the leading operators as IDO’s. Despite repeated and grave provocations from Reliance Jio, COAI wishes to state that Reliance Jio which entered the sector as a Back Door Operator (“BDO”) was welcomed by COAI as a full member.” He added.

COAI further claims that the BDO, Reliance Jio was never an applicant for a UASL or UL license but bought a BWA through a front entity and then had it converted to a full blown UASL license despite strong objection from certain quarters including the CAG. “Despite all this skullduggery COAI welcomed Reliance Jio into the association and congratulated the new entrant on its launch,” he adds on.

“COAI also wishes to point out that Reliance Jio was presented with the Constitution and By-Laws of the Association, pursuant to their application for membership and was well aware of the governance structure and practices of the Association. No issues were raised at this time and they agreed to abide by these rules and regulations. It is surprising that Reliance Jio now raises certain issues as something new. We can only believe these are now motivated by a desire to tarnish the reputation and credibility of COAI in the light of certain representations made by COAI to various government agencies. COAI also wishes to state that any representation made is done after following all due processes of the association and with transparency on whether any member operator agrees or disagrees with the COAI position,” Rajan explains.

COAI has been in existence for over 20 years and during this period has functioned in support of furthering the government’s vision for an inclusive, competitive, and state-of-the-art industry. Its record and role in supporting and helping to usher in the voice revolution in India is unquestioned. It’s role in advocating for and supporting the very first TRAI Act as well as the adjudicatory body, TDSAT, is also part of public record.

“Our constant endeavor is to make India a fully connected and digitally empowered nation, and all our member operators are fully committed to the Government’s Digital India vision. COAI firmly believes it’s governance policies, and practices are completely democratic and patterned after other long standing Associations such as CII and FICCI. Proportional voting is an established pattern of democratic voting, well established in such democracies, as India and the USA. Further, all companies follow this principle, especially when shares are aggregated and voted by one or two majority stockholders.” He informed.

COAI has also mentioned that the members of COAI will review the letter submitted by Reliance Jio and do what they believe is in the best interest of the country, the customers and the Association. association will continue to work for a stable, predictable regulatory environment which is conducive to the orderly growth of the sector for a connected and fully empowered Digital India.