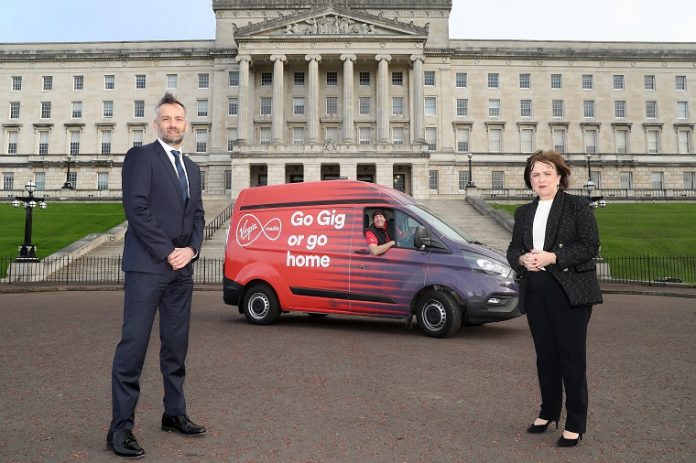 Virgin Media has switched on Northern Ireland’s fastest gigabit home broadband, offering connectivity more than 18 times faster than the national average. This step can be seen as a great move to fix frequent Virgin Media not working issues and slow speed.

The major connectivity boost comes at a time when many people are increasingly reliant on their home broadband to stay connected to the things and people that matter to them. It forms part of Virgin Media’s plan to bring gigabit speeds to more than 15 million homes across its entire network by the end of 2021.

Northern Ireland has today joined London in the UK’s largest ever gigabit switch on with nearly 3 million more homes being added to Virgin Media’s growing gigabit footprint. The province is the first area to benefit from a complete region-wide Gig1 launch.

Today’s launches mean that, in total, 6.8 million homes across the UK can now access these hyperfast speeds from the nation’s largest gigabit provider. The Government has set a target for all UK premises to have access to gigabit speeds by 2025.

The next-generation launch comes as new research reveals that people working from home are wasting an average of 11 minutes per day to slow broadband – equivalent to four full working days since the start of lockdown in March.

Virgin Media’s Gigabit Opportunity report identifies that eradicating this lost time with gigabit broadband could unlock a potential economic benefit worth more than £11bn a year in saved working hours.

Economy Minister, Diane Dodds, said: “I welcome Virgin Media’s investment in Northern Ireland and this significant achievement in further expanding gigabit capable fibre services to citizens and businesses. This comes at a time when the importance of telecommunications has become so prominent. Connectivity will play a vital role in re-building the Northern Ireland economy as we emerge from the Covid-19 crisis.”

“These hyperfast speeds will empower those working from home, learning online, video calling friends and family, or binging on a box set in 4K – all of which can be done at the same time, without delay.

“Whatever the future holds, we’re connecting our customers to what’s next.”

Virgin Media has invested more than £150 million in Northern Ireland since 2016, improving connectivity by expanding its network across the country as well as opening a brand new office in Belfast.