5G and fiber optics have determined Telekom’s network expansion in 2020. Despite Corona, the company has continued to massively expand in the fixed network and mobile communications. 5G can now already be used by 55 million people in Germany.

Telekom’s technical teams have made around 45,000 antennas fit for 5G. The LTE network also continued to grow in 2020 and now covers 98.6 percent of the population. Telekom has installed more than 5,000 additional antennas this year. In mobile communications as a whole, data volumes rose to a new high, as expected. In 2020, 1.6 billion gigabytes of data went through the network. Data volume via 5G is also increasing month by month. 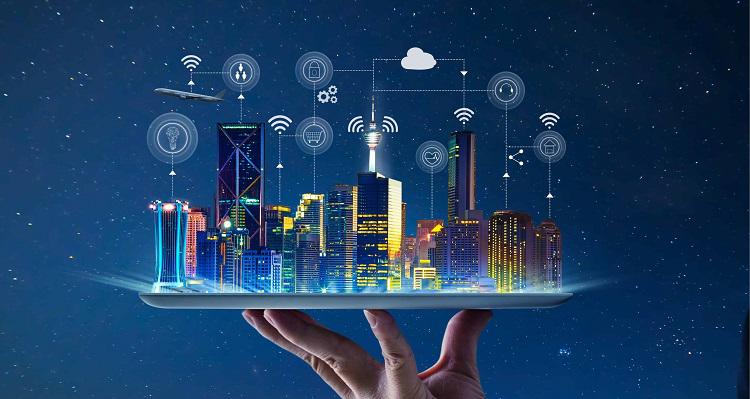 Telekom’s fixed network has proven to be a strong backbone in Corona times and has carried Germany safely through the crisis. Home office and homeschooling have led to an increase in usage for telephony and data. The network was able to handle this volume at all times without any problems. The average call volume during the lockdown phase was around 50 percent higher than normal. Data volumes in the fixed network also increased by an average of 30 to 40 percent. In terms of fixed-network expansion, the focus was on fiber optics. This year, Deutsche Telekom more than doubled the number of new households that can get FTTH to around 600,000. This means that a total of around two million households already have the option of booking a fiber-optic connection.
2020 was the 5G year
The 5G rollout dominated this year. Telekom has made 45,000 antennas fit for 5G in the last twelve months. People in over 4,700 cities and towns are benefiting from this. The majority of antennas transmit on the 2.1 GHz frequency, in major cities as well as in smaller communities and rural areas, all over Germany. For example, the high-sea island of Helgoland and the Zugspitze are also supplied with 5G.

In addition, 5G is now available in 26 cities on the 3.6 GHz frequency. Telekom is thus offering high-speed 5G in places where many people move in a confined space. More than 1,000 antennas are in live operation on this frequency. They transmit in Aachen, Augsburg, Berlin, Bonn, Braunschweig, Bremen, Darmstadt, Dortmund, Duisburg, Düsseldorf, Essen, Frankfurt/Main, Hamburg, Hanover, Jena, Kiel, Cologne, Leipzig, Ludwigsburg, Munich, Nuremberg, Saarbrücken, Schwerin, Stuttgart, Wiesbaden and Wolfsburg. They are also bringing 5G to places like the Allianz Arena in Munich and Frankfurt Airport.

Every second contract or contract extension is currently concluded with a 5G device.

Telekom’s 5G rollout will continue in 2021. Overall, the company aims to provide around 80 percent of people in Germany with 5G by the end of 2021. In the process, old 3G sites will become modern and faster 5G stations. All UMTS sites in Germany will be upgraded with 5G by the middle of the year. In the few places where the anchor frequencies do not permit this, LTE will be used.

The next step in the expansion is now to bring the fiber right into the home. This year, Telekom has made it possible for around 600,000 more households to use fiber-optic connections (FTTH). That is more than twice as many as in the previous year (270,000). Around two million more are to be added annually on average from 2021. The Group is thus massively increasing the pace of expansion. Deutsche Telekom has already laid a total of 575,000 kilometers of optical fiber in Germany.

In addition to its own expansion and subsidized expansion, Deutsche Telekom is increasingly relying on cooperative ventures. On the one hand, it offers its broadband network to partners (wholesale). On the other hand, Telekom is also cooperating to offer its products on other companies’ networks (wholebuy).

Telekom is also already cooperating with other companies such as Deutsche Glasfaser, Süwag and Stadtwerke Münster on future FTTH supply. In doing so, it is often breaking new ground with partners. This is demonstrated by the establishment of Glasfaser Nordwest together with EWE or the public-private partnership in the gigabit region of Stuttgart.