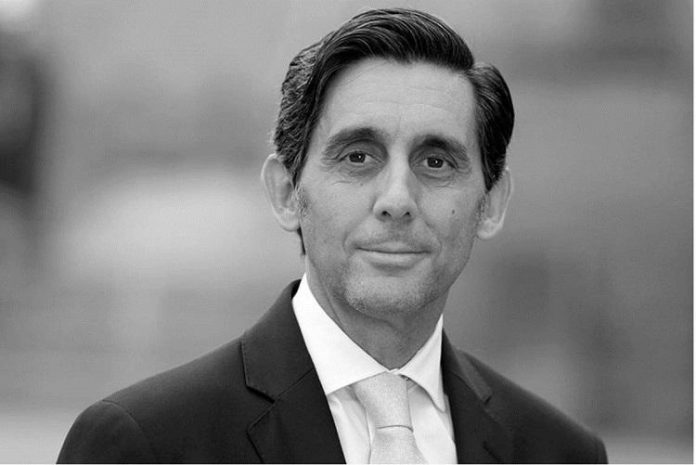 Telefónica’s Chairman, José María Álvarez-Pallete, is calling for “courage” from European regulators because “Europe no longer has much margin to react.” “Be brave; let us compete under the same rules. It’s time to shake up the playing field. It’s a question of values and rights in a digital world.”

Álvarez-Pallete participated as a virtual guest in the FT-ETNO Summit 2020 in London, in which the EC Commissioner for Home Affairs, Thierry Breton, also spoke.

The pandemic, which, as Álvarez-Pallete has stated on other occasions, has put us in “a time machine that has accelerated all digital processes up by five years”, has also shown that “when the physical world closes, the digital world remains open.” Teleworking, e-commerce, health, entertainment, online education and Artificial Intelligence have made life possible and also helped prevent further outbreaks.

“Digitalisation, says Álvarez-Pallete, “means growth, quality employment, sustainability and inclusion.” But there’s another side to this story. “During the pandemic digital services increased exponentially, video calls and online streaming traffic have increased by seven times, but does anyone know what market share the providers of these services have? Does any regulator have authority over or the power to request such information? Are those conversations stored? Under what kind of security controls?”

In his speech, Álvarez-Pallete also announced that Telefónica continues to make progress in its bold commitment to sustainability and brings forward the deadline for achieving net zero greenhouse gas emissions to 2025. A commitment that speeds up this milestone by five years, originally scheduled for 2030, and which will be accompanied, in the case of Spain, by the dismantling of the entire copper network.

He explained that “Technology has the potential to reduce global emissions by between 15% and 35% by 2030.”

Investment for networks and not for spectrum

The deregulation of the telco sector must be “the next challenge” for the EU authorities, said Álvarez-Pallete, who “welcomed” the Commission’s initiative to regulate the gatekeepers of the digital world. This is the right path”.

However, we must “put an end to the expropriation of new generation networks by imposing mandatory access to third parties at regulated prices. Those networks have been built in a competitive environment and on occasions with co-investment” he recalled.

Álvarez-Pallete encourages policymakers not to focus “on maximising 5G auctions revenues, or on keeping Telco as a deflationary sector, because the money spent on spectrum will not be invested in the networks. We need new competition rules that allow the creation of strong carriers and healthy domestic markets in Europe. This is critical!”

Telefónica’s Chairman goes on to explain, “the current situation in Europe is ironic. In a year in which it has become more evident than ever that connectivity plays an essential role in the new economy, Telco revenues continue to fall and valuation is at its lowest.”

Álvarez-Pallete concluded his speech at the forum by appealing to the values and foundations that have always characterised Europe and which we must take advantage of in order to build “a new, more resilient and better Europe, speaking with one single voice.”