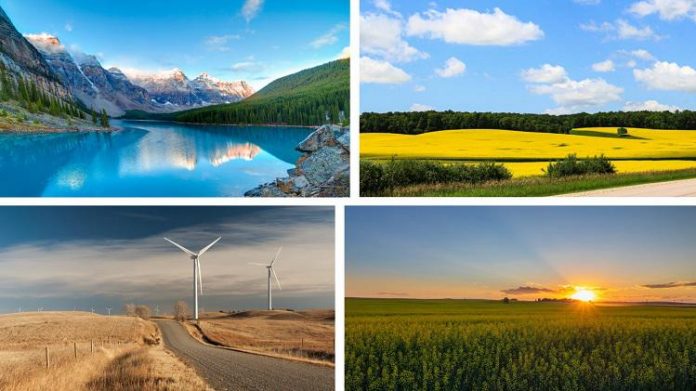 Rogers Communications has announced that in the past 18 months, as people across Alberta, Manitoba and Saskatchewan relied on connectivity more than ever before, the company enhanced its wireless network across more than 450 communities, with plans to improve connectivity to a total of 530 communities by end of year.

Over the last year and a half, Rogers has lit up Canada’s first, largest and most reliable 5G network1 across Alberta, Manitoba and Saskatchewan including Regina, SK, Selkirk, MB and Red Deer, AB. Rogers has enhanced LTE connectivity in rural and underserved communities like Drayton Valley, AB, Melville SK, and Stonewall, MB.

In those 18 months, Rogers focus on delivering award-winning networks and services has kept communities connected to what matters, from staying in touch with loved ones, accessing vital services, to helping local businesses participate in the digital economy.

“As we continue to enhance connectivity in communities across Alberta, Manitoba and Saskatchewan, from large cities to rural, remote and Indigenous communities, we know that together with Shaw, we can do even more to bring connectivity and choice to our customers,” said Larry Goerzen, President of the Alberta and Prairies region at Rogers. “Networks are the backbone of the digital economy and we look forward to partnering with governments as we continue to invest in our digital infrastructure to enhance connectivity and drive prosperity across Alberta and the Prairies.”

“Expanding wireless and 5G connectivity across the province means that Alberta’s workforce can be increasingly mobile, and that we can build on our economic momentum. It not only allows our small and large businesses to grow but it unlocks opportunities in health care and education.” – Doug Schweitzer, Minister of Jobs, Economy and Innovation

Rogers ongoing investments to improve the efficiency and performance of its networks, coupled with greater regulatory certainty and support for facilities-based competition, has enabled the company to expedite plans to expand and enhance connectivity to a total of 750 more communities across Canada by the end of 2021.

This builds on the company’s recent announcement to combine with Shaw to invest $6.5 billion and deliver next-generation services to more communities in Western Canada from rural areas to dense cities, faster than either company could alone. Together, the two companies would create Canada’s most robust wholly-owned national network that delivers more choice and competition for businesses and consumers, as well as realizing the full benefits of next generation networks for Canadians.

Rogers and Shaw combined will work to close the digital divide in western Canada by creating a new $1 billion Rogers Rural and Indigenous Connectivity Fund to connect communities across Western Canada. Paired with Rogers’ Connected for Success program, which provides affordable connectivity to subsidized tenants, more Canadians will be properly connected than ever before.

Rogers new network investments, which have exceeded $60 billion over the past three decades, are part of a multi-year initiative to bring next generation wireless and wireline services to communities and businesses across Canada and improve connectivity for underserved rural and remote regions.

Since January 2020, in Alberta, Manitoba and Saskatchewan, Rogers has:

Connected community partners: The Rogers for Business team and Peguis First Nation, the largest First Nation in all of Manitoba, developed game-changing solutions to bridge the digital divide in this community.