Home 5G How Rogers is Strengthening Network Across British Columbia 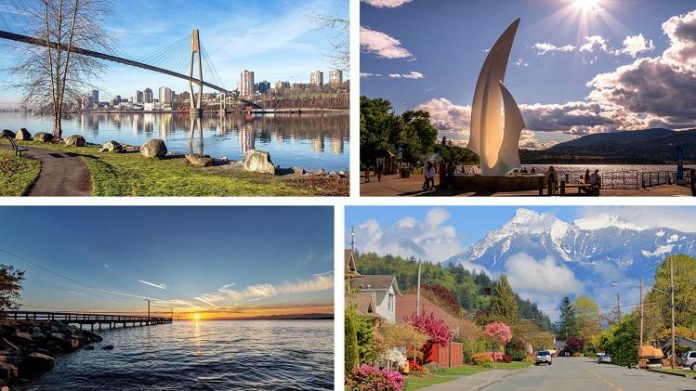 Rogers Communications has announced that in the past 18 months, as British Columbians across the province continued to rely on connectivity more than ever, the company enhanced its wireless network across more than 250 communities in the province, with plans to improve connectivity in a total of 325 communities by end of year.

Over the past year and a half, Rogers has lit up Canada’s first, largest and most reliable 5G network1 across BC and enhanced wireless connectivity in rural and underserved communities like Abbotsford, Nanaimo, and Osoyoos, and along key Highways.

“Since the outset of the pandemic, next generation networks have been even more critical for businesses and families, across our largest cities, to our rural, remote and Indigenous communities,” said Rick Sellers, President of the British Columbia Region at Rogers. “We look forward to partnering alongside governments and continuing to invest in our networks to enhance connectivity across British Columbia, providing the backbone for our communities to take part in the digital economy as we look ahead to Canada’s recovery.”

Rogers ongoing investments to improve the efficiency and performance of its networks, coupled with greater regulatory certainty and support for facilities-based competition, has enabled the company to expedite plans to expand and enhance connectivity to a total of 750 more communities across Canada by the end of 2021.

This builds on the company’s recent announcement to combine with Shaw to invest $6.5 billion and deliver next-generation services to more communities in Western Canada, from rural areas to dense cities, faster than either company could alone. Together, the two companies would create Canada’s most robust wholly-owned national network that delivers more choice and competition for businesses and consumers, as well as realizing the full benefits of next generation networks for Canadians.

Rogers and Shaw combined will work to close the digital divide in western Canada by creating a new $1 billion Rogers Rural and Indigenous Connectivity Fund to connect communities across Western Canada. Paired with Rogers Connected for Success program, which provides affordable connectivity to subsidized tenants, more Canadians will be properly connected than ever before.

Rogers new network investments, which have exceeded $60 billion over the past three decades, are part of a multi-year initiative to bring next generation wireless and wireline services to communities and businesses across Canada and improve connectivity for underserved rural and remote regions. Since January 2020, in British Columbia Rogers has:

Continued network investments: Recently announced the expansion of 5G connectivity to Highway 16 and Highway 14, Highways 95 and 97, new network sites in West Kelowna and Osoyoos, and upgraded towers across Okanagan, Cariboo, Central and Northern B.C. and on Vancouver Island

Connected community partners: Provided critical support and an essential digital lifeline for many vulnerable British Columbians to local organizations like the Okanagan Nation Transition Emergency House, the Penticton Pflag chapter, and most recently, donating thousands of phones and plans to 325 women’s shelters and transition houses in communities across Canada.