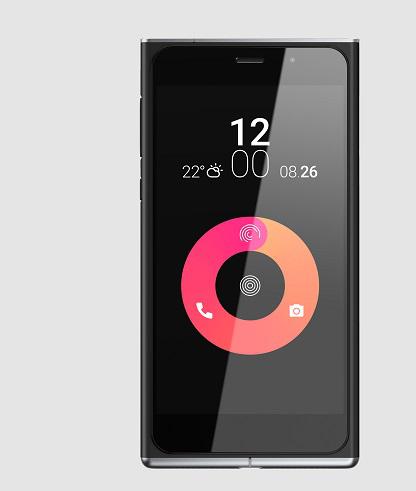 “Obi has taken the best of Silicon Valley – innovations in design, state-of-the-art technology and high standards for manufacturing – and fused them into beautiful, powerful tools at attractive prices,” John Sculley, former head of Apple said. “Our efficient cost structure and broad distribution combine to present empowering tools that help our customers achieve their aspirations.” 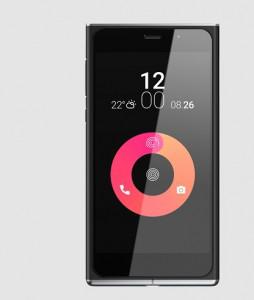 Obi Worldphone SF1 is the company’s flagship 4G/LTE smartphone featuring photography and audio capabilities. The SF1 has a raised 5-inch display made of Corning® Gorilla® Glass 4 – an instantly recognizable signature element that emphasizes the interplay of the hardware with the user interface.

Hybrid auto focus enables split-second, perfect focus in any light – even when shooting into the sun – through phase-detection technology. The camera makes use of the Qualcomm® ChromaFlash™ camera feature to quickly snap two photos — one with flash, one without. The final image takes the brightness from the one with flash and the color accuracy from the other, creating a single, well-balanced image. Users can select their focus after taking a picture through the Qualcomm® UbiFocus™ camera feature. After the photo is taken, users can also zoom in at a resolution beyond normal digital zoom levels, with crisply detailed images powered by the Qualcomm® OptiZoom™ camera feature.

The SF1 also features Qualcomm® Quick Charge 1.0™ power management technology, which dramatically decreases the time required to charge the battery. The SF1 can charge to full power in less than three hours, which is about 40% faster than older phones. The SF1 runs on Google Android Lollipop. The SF1 is named for its city of origin, San Francisco.

The Obi Worldphone SJ1.5 is a 3G smartphone powered by the MediaTek MT6580 Quad-Core processor. The SJ1.5 has an asymmetrical design, with a crisp, squared-off top and a curved bottom that gives it a distinctive silhouette.

The screen is made from 2.5D curved glass built flush with the body of the phone to give it a seamless feel in the hand. The SJ1.5 offers unique color and accent options, taking a more expressive approach. In addition to featuring easy-access dual SIM slots, the SJ1.5 comes with 16 GB of internal storage and a card slot for memory expansion.

The SJ1.5 sports front and rear cameras and is protected by scratch-resistant Corning® Gorilla® Glass 3. The SJ1.5 uses the Android Lollipop operating system and its suggested retail price is $129 USD. It’s named for Silicon Valley’s other major city, San Jose.

The SF1 and SJ1.5 can run Google Play Store supported Android applications. Besides the AVG Anti-Virus app, other apps loaded on the SF1 and SJ1.5 will be Swiftkey™, AccuWeather™, Clean Master®, and ColorNote®.

“It takes a community to create a unique technology product and customer experience, and Obi has developed a strong, global eco-system of more than 20 companies — all contributing to inspire our Worldphone vision and make it a reality,” said Neeraj Chauhan, Obi’s co-founder and chief executive officer.

The Obi Worldphone line will be available starting in October in retail stores in some countries and online in others. Initial Obi Worldphone markets will be those with rapidly growing youth populations including Vietnam, Indonesia, Thailand, the UAE, Saudi Arabia, Kenya, Nigeria, Tanzania, South Africa, Pakistan, Turkey and India.

The Obi Worldphone line has easy-access dual SIM slots enable use on GSM (Global System for Mobile Communications) frequencies used in most countries. The SF1 and SJ1.5 will be available in 50 to 70 high-growth countries by 2017.