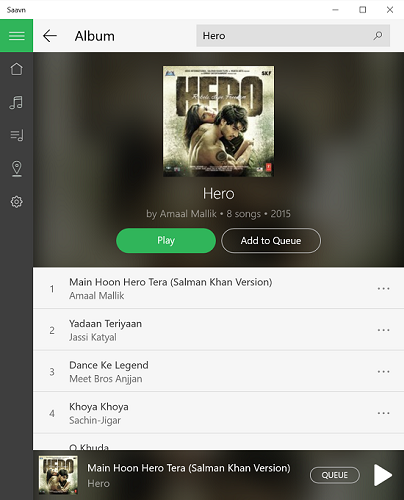 Saavn, a music streaming app, has unveiled Saavn for Windows 10. The best Windows ever, Windows 10 is fast and familiar, personal and more productive and empowers consumers to do great things.

Launched on 29th of July 2015, there are already 75 million downloads of Windows users who have upgraded to the new operating system. With Saavn for Windows, consumers will now have access to India’s #1 music streaming experience, with more than 10 million tracks across 11 languages. 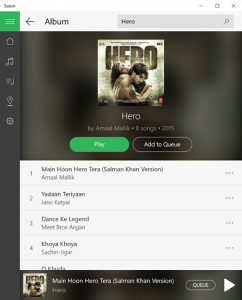 Saavn for Windows is launching as a Universal Windows App with an adaptable layout for desktop and tablet. The mobile app will be available when Windows 10 is available on mobile later in the year.

“With more than a billion Windows PCs running today, Windows leads the market for desktop operating systems. Their products are widely used and loved in India. Music fans have been very eager to stream Saavn on Windows, so we are absolutely thrilled to welcome the fast-growing Windows user base to the Saavn family today,” Mahesh Narayanan, Global Chief Operating Officer for Saavn, said.

“We see Windows 10 as a first step to an era of more personal computing. Windows 10 will open new doors to consumers and developers with one platform, one store and a growing catalog of Universal Windows Apps. With the free upgrade of Windows 10, we expect rapid adoption of hundreds of millions of consumers to spark a re-energized ecosystem. We are excited to announce the launch of Saavn for Windows 10 and are confident that our users will love the comprehensive music catalogue that this app offers,” Harish Vaidyanathan, Director – ISV Business, Microsoft Corporation India Pvt. Ltd., said.

In addition to an adaptive layout, the Saavn app has been optimized for the Windows dynamic landing page – allowing consumers to pin the Saavn app on to their Start screen – giving them quick access to their favorite music. The Saavn app also comes equipped with the Windows live tile functionality. Once in the app, the Saavn home screen and core features are aligned with those of Android and iOS.

Features and app functions include:

Additional features will be launched in the coming months, including Saavn Social features (Tag, Chat, Follow and Share), Saavn Radio, and Saavn Pro, for online and offline listening.