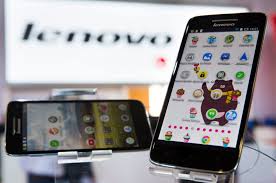 Taking a cue from the burgeoning opportunity in smartphone segment Lenovo has launched the Vibe Z, its first LTE smartphone that’s the lead for a set of next generation ready devices.

To complement the Vibe Z, Lenovo also launched a trio of smartphones, starting with the S930, a supersized 6-in device primed for media addicts, the S650, a 4.7-in compact and stylish workhorse, and the “tweener” A859, a 5-in high performance all-rounder.

“We created the new Vibe Z with its elegant design, high performance and custom software so that people can truly have the best smartphone experience now at the speed of LTE,” said Liu Jun, senior vice president, Lenovo Business Group, Lenovo. “Along with the Vibe Z, our new S and A Series smartphones offer consumers choices of screen size and features so they can pick the Lenovo smartphone that’s right for them.”

As Lenovo’s first smartphone featuring LTE capabilities, the Vibe Z offers true mobile freedom with super-fast data upload at up to 50 Mbit/s(1) and downloading at up to 150 Mbit/s(1) to satisfy the most data hungry of individuals. The Vibe Z operates on GSM/UMTS networks up to 2100 and also comes with 802.11ac WiFi and Bluetooth 4.0.

With its custom imaging software and high resolution cameras, the Vibe Z surpasses the shutterbug features of other smartphones. It has a 13 MP rear camera with a large f1.8 aperture lens to defy low light situations and capture breathtaking photos and a 5 MP front camera that’s equipped with an 84deg lens for wide-angle shots.

Powered by a MediaTek Quad Core processor and running Android 4.2 at just 8.7mm thin, both the S930 and S650 smartphones have valuable technologies to help users get the most out of their device including a dual SIM card allowing for two numbers in one device. They come with an 8 MP rear camera with flash, a capable front camera, Lenovo’s Super Camera and Super Gallery apps to add effects to photos and 8 GB of storage. Both smartphones include gesture-based controls and the latest Lenovo launcher customizations.

Designed for great all around performance, the A859 smartphone combines several in-demand features for a rewarding experience. Available in white or black, it measures 9.2mm thin with a 5-in high definition (1280×720) IPS screen with 178deg wide angle viewing. Like the S Series, it has a dual SIM card, runs on a MediaTek 6582 processor and Android 4.2, has an 8 MP rear camera, a front camera and 8 GB of storage.

The Vibe Z starts at $549 and is available starting in February in Indonesia, Malaysia, Thailand, Saudi Arabia, United Arab Emirates and the Philippines.