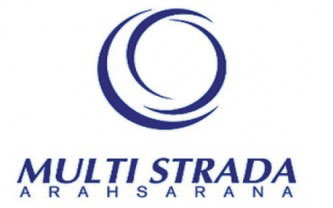 With an aim to incorporate true next generation surveillance capabilities for its tire manufacturing site, Indonesia’s Multistrada is using MOBOTIX surveillance cameras to secure its production site in Jakarta, Indonesia.

Until 2009, Multistrada were still using analog CCTV camera systems that recorded the video feed onto cassettes to secure the area inside and outside their production facilities.

“These cameras were incredibly unreliable and required constant maintenance in places where they were exposed to heavy dust as well as high temperatures and humidity,” says Mr. Juwanda, Asset Manager at Multistrada. Especially the ones installed outside were prone to failure during high temperatures. Multistrada were also unhappy with the poor image quality of the cameras and with the service provider that installed and maintained them: “Its employees were inexperienced and lacked proper training. The situation was often very chaotic,” recalls Juwanda.

Switching To A Decentralized System

Multistrada made the decision to replace the company’s current service provider and install new cameras. These would allow the company to more reliably monitor its production facilities and raw material warehouse, areas housing finished tires and highly inflammable materials, as well as outdoor areas, than was previously possible with the old cameras. “We wanted to monitor all our activities round-the-clock, as we saw potential to increase productivity particularly during the night shift,” says Juwanda to underscore his point.

The company considered camera systems from Axis, Sony and Pelco, as well as the complete system offered by Germany’s MOBOTIX. The Indonesian service provider Sirca Global Niaga presented the MOBOTIX concept to Multistrada. “We were truly astonished by the high image quality of the cameras, the panorama images and the unlimited expandability of the decentralized MOBOTIX system,” says Juwanda.

With the decentralized MOBOTIX concept, a high-speed computer and, if requested, a digital long-term flash memory (MicroSD card) are built into every camera. Unlike more traditional approaches where the cameras only supply images, while processing and recording take place later on a central PC using video management software, the computer is merely used in the MOBOTIX system to view and control the cameras. The benefits: The system requires less network bandwidth since the cameras themselves process the data and do not send a constant feed of information to the computer for analysis. Plus, fewer cameras and recording devices are required.

Mutistrada’s team was particularly impressed by the MOBOTIX DualDome model that works with motion sensors and provides a 180° view of spaces and rooms. After seeing how good the MOBOTIX cameras were, Multistrada went ahead and replaced their entire video system, something they had not originally planned to do. Juwanda goes on to add, “At the beginning, we intended to keep our PTZ cameras that provide an all round view and can thus take the place of several fixed cameras. However, we were so impressed by the concept presented by the German manufacturer that we decided to replace the entire system with the one offered by the MOBOTIX.”

Multistrada installed a total of 134 MOBOTIX cameras at their company grounds between February and August 2010. These included the DualDome, the hemispheric Q24 with 360° allround view, the DualNight M12 and weatherproof Allround cameras. Because the camera housings are compliant with protection classes IP65, they can withstand dust, dirt, water and heat. “Thanks to their robust design, the cameras are incredibly reliable even under extreme conditions and supply crystal-clear images. We have not had any problems whatsoever, even in intense heat or in high humidity,” states Juwanda. 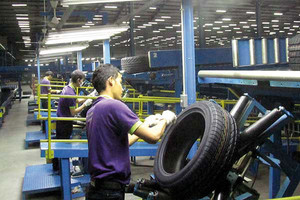 All the cameras installed at the factory are interconnected to transfer data over fiber optic cable. MOBOTIX MxControlCenter is used to operate the system. The professional video management software connects any number of cameras for centralized or local use and evaluation. The easy-to-use application is provided by MOBOTIX free of charge with the cameras.

“MxControlCenter makes it so much easier to manage the system. Plus, we save money because we don’t have to pay for licenses or software upgrades,” says Juwanda. And since the cameras can be supplied with power via the network cable (Power-over-Ethernet, or PoE), the company was able to lower its costs for wiring its buildings.

Multistrada also combined most of their cameras with external speakers and amplifiers. These are used to make important announcements or play security warnings via the data cable using Voice over IP. Through the cameras, employees are also alerted acoustically when their breaks begin and end.

The MOBOTIX camera system allows Multistrada to provide a high level of security everywhere on their premises. The high-resolution cameras also enable the company to easily identify the license numbers of vehicles or the faces of people moving on its grounds. This makes it possible to solve acts of theft. “Since we installed the cameras, we can keep an eye on our processes at all times. In addition, we have been able to boost our productivity during the night shift by at least 20 percent,” Juwanda summarizes.

“Fiber is the foundation for broadband, 5G or smart grid modernization”