This research paper sample provided by a professional academic writer from SmartWritingService.com essay writing company proposes an antenna made by combining elements of a planar inverted-F antenna with an added branch line for wide bandwidth and a folded-loop antenna. The loop antenna serves to reduce radiation and increase the working capability of the larger antenna.

A loop antenna is an antenna made up of small multiple turns that are either circular or rectangular. Their dimensions are less than a wavelength and kept to the minimum which in turn ensures that current in the loop are always in phase. Due to this small size, current is constant at the circumference which in turn ensures that voltage induced along the plane of the loop cancel each other any time a perpendicular signal arrives at the axis making it null. Since the radiation pattern peaks in directions lying in the plane of the loop, signals received along that plane do not cancel each other due to the phase difference between the waves at the near side and far side of the loop. An effective way of tackling this and increasing its radiation resistance is by increasing the size of the loops which will further improve the efficiency of the loop. This goes a long way in reducing radiation leaks in antennas.

Full wave loop antennas are quieter than dipoles and have more gain broadside to the plane of the loop. It doesn’t have a particular shape that is effective as both circular and rectangular loops work alike.

In this research paper, we used an antenna operating at a frequency of 2400 MHz.

The antenna is designed on an FR-4 substrate of dimension 55mm x 110mm x 1mm with the dimensions of the antenna being 55mm x 12 mm x 4mm. The figure shows the radiating component of the design. The left-side structure is designed as a folded loop to make it a high-frequency band with a wide-bandwidth as a result of its 4mm thickness.PIFA on normal occasions have an insufficient frequency bandwidth for wireless communication,  so the antenna is designed with an PIFA with an added line that helps increase its bandwidth generating higher resonance as a result of the diverted capacitance between the line and the ground.

Divide the antenna into two; a folded-loop and an MPIFA structure. The figure below (figure 2) shows the simulated characteristic of the two antennas.

The folded-loop antenna (Ref. 1), which has a high-frequency band, has a wide return loss bandwidth which is expected for its frequency, while the element of the MPIFA (Ref. 2) has narrow bandwidths at both the low and high bands. 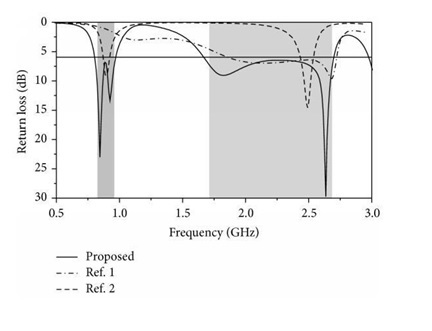 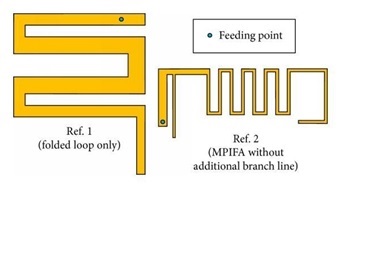 When parametric studies and optimization are executed for impedance matching and determining each resonance frequency, the results are as below; (Figure 3) 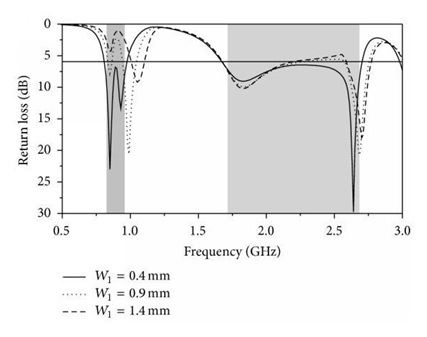 A decrease in W1 shifts the second resonant frequency to the flower frequency side and its matching impedance improved. The high-frequency band however remains unaffected. 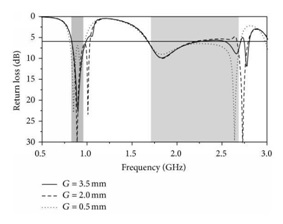 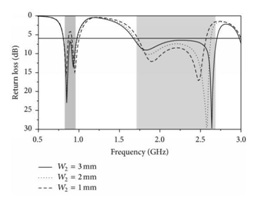 When we simulate the surface current distribution of the MPIFA, there’s a branch line at each low-band frequency resonance. One path flows through the MPIFA, while the other is formed due to the coupling between the branch line and the ground. This strong coupling of the two reduces the radiation of the antenna but there is a solution to this. We add a parasitic stub at the end of the branch line that was added and it stabilizes and becomes more efficient. These observations are illustrated below

This shows the first resonance at low band (850 MHz) 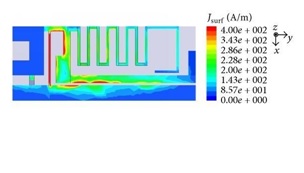 This image is the second resonance at low band (930 MHz) 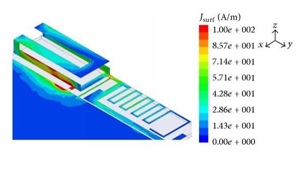 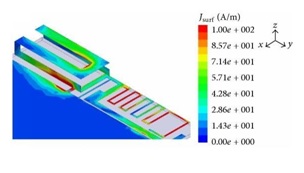 When the radiation patterns are measured, the results are as below: 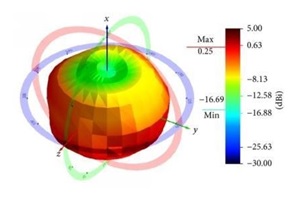 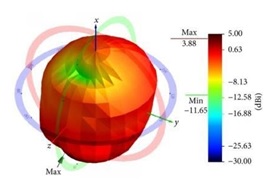 We also evaluated the specific absorption rate (SAR) of the antenna, using SAR mockup model that includes head and hand phantoms supported by SEMCAD. The relative permittivity and conductivity of the phantom used in the simulation are listed in Table below:

We also measured the SAR distribution for the antenna on the head phantom. We used the SPEAG dissymmetric assessment system (DASY-4) to perform SAR measurements [15]. The 1 g and 10 g SAR values when the input power is 0.1 W and input powers that should not exceed the SAR limit [14] are listed in Table attached below. The antenna is attached to the phantom without a case resulting in higher measured SAR values than the simulated ones. 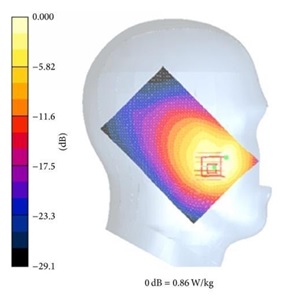 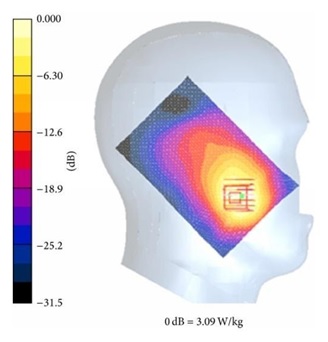 This research paper proposes a new type of antenna that combines elements of two different types of antennas to build and enhance the mobile phone antenna. The new antenna is seen to have better working as well as has reduced the radiation released by mobile phones.