Enterprises are building their future with the help of technological advancements in 5G and Wi-Fi 6, as per the latest study by Deloitte

Eighty-six percent of networking executives believe that advanced wireless will transform their organization within three years, and 79% say the same about their industry.

Seventy-six percent of executives believe 5G will be a “critical” networking technology for their company in three years, and 70% feel the same way about Wi-Fi 6.

On average organizations expect to spend US$115.7 million on wireless technologies over the next three years.

To understand how enterprises are adopting advanced wireless technologies such as 5G and Wi-Fi 6, including motivations, challenges and preferences, Deloitte surveyed 415 networking executives in the United States in early Q1.

The executives are responsible for connectivity at organizations that are in the process of adopting 5G and/or Wi-Fi 6 or planning to adopt either technology within the next three years. In fact, 86% of networking executives surveyed believe that advanced wireless will transform their organization within three years, and 79% say the same about their industry.

Advanced wireless technologies are gaining in strategic importance as respondents expect their use of 5G and Wi-Fi 6 to more than double over the next three years and their use of 4G/Long Term Evolution (LTE) and Wi-Fi (5 and below) to diminish, but not disappear.

“Our survey confirms that networking executives are ‘all in’ when it comes to adopting the latest wireless technologies. Respondents resoundingly view advanced wireless technologies as a key enabler of AI, Cloud and Analytics-based innovations. The Covid-19 pandemic itself may even accelerate demand for automation that enables social distancing in the workplace and relies on a more robust and powerful network infrastructure,” explained, Dan Littmann, principal, technology, media and telecommunications,
Deloitte Consulting LLP.

“Innovative technologies such as artificial intelligence, edge computing and cloud are no longer nice-to-haves, but must-haves, for enterprises to truly compete in today’s fast-paced and uncertain world. As the adoption of advanced wireless technologies progresses from pilots to full-scale adoption, networking executives that understand how to use them as a way to unlock the full potential of these emerging technologies will ultimately prevail,” said, Jack Fritz, principal, technology, media and telecommunications,
Deloitte Consulting LLP.

Adopting advanced wireless networking is regarded as a strategic necessity, and moreover viewed as a force multiplier, enabling implementation of other emerging technologies. But not all respondents believe their current networks are equipped for innovation.
•While more than 8 in 10 of networking executives surveyed are “satisfied” or “extremely satisfied” with the performance characteristics of their current wireless networks, 57% believe their company’s current networking infrastructure prevents them from addressing the innovative use cases they would like to target.
•Eighty-seven believe their company can create a significant competitive advantage by leveraging advanced wireless technologies.
•More than 8 in 10 respondents cited advanced wireless connectivity as “very” or “extremely important” to their organization’s ability to take full advantage of AI, edge computing, IoT, cloud and big data analytics.

IT and business lead the charge, differ on priorities

IT roles — from CIOs and CTOs to managers — are seen as driving next-gen wireless networking adoption, but business and operational leaders also play a prominent role. However, use case priorities for advanced networking technologies tend to differ by industry and job title.
•A vast majority of the surveyed enterprises are targeting a blend of scenarios with respect to adoption of wireless networks — involving both indoor and outdoor usage; and stationary and mobile devices.
◦IT executives appear strongly focused on easing the work lives of employees: workplace communications, IT administration and advanced collaboration tools were noted as the top three use cases for employee connectivity.
◦Conversely, for line-of-business executives, the top two use cases for employee connectivity are IT administration and automation, suggesting a strong desire for efficiency.

Desired benefits and co-adoption of advanced wireless technologies
Survey respondents believe performance improvements make advanced wireless technologies attractive for heavy-bandwidth, time-sensitive needs:
•The top three benefits adopters aim to achieve with their shift to advanced wireless networking are improving efficiency, improving security and taking advantage of new technologies; such as edge computing, big data analytics and AI.
•Respondents rank data speed (63%), reliability and resilience (62%) and security of networks and data (61%) as the most important factors of success with advanced wireless.
•5G and Wi-Fi 6 are being adopted in parallel: 76% of executives believe 5G will be a “critical” networking technology for their company in three years, and 70% feel the same way about Wi-Fi 6. In fact, 62% plan to adopt both technologies within the next year; and 93% plan to co-adopt them within the next three years.

Most organizations engage with a variety of providers to implement and manage wireless initiatives, and the competitive landscape is highly fluid; in fact, three-quarters of advanced wireless adopters say they’re willing to reconsider the providers they use. Given security was the No. 1 reported challenge in adopting advanced wireless, enterprises should carefully consider their ability to manage, authenticate and secure networks.
•Fifty-six percent of executives rated concerns around security the highest when it comes to challenges in adopting advanced wireless.
•Eight in 10 enterprises expect to primarily deploy and manage their wireless networking applications and services on public or private clouds in the coming years.
•Of the 36% of adopters that expect to primarily use private clouds to deploy and manage their wireless networking applications and services, 21% trust their own enterprises the most to manage the private cloud data, while 60% trust traditional cloud providers the most. 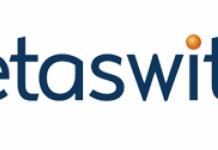