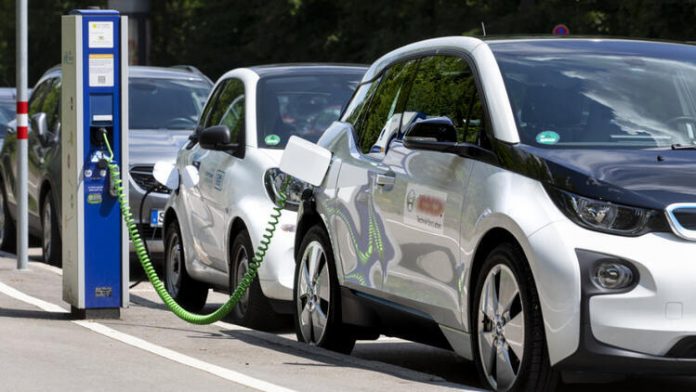 Even though electric vehicles are a thing for more than a decade ago, it seems like car big car manufacturers are finally ready to adopt this new technology and put it into production. The electric vehicle market has never been more popular and you should prepare yourself for an emission-free future that is not too far away.

Since batteries are now more reliable and provide decent mileage, many car manufacturers added a new category to their vehicle portfolio. Even big car manufacturers like Audi, which part of the Volkswagen group, said that they will no longer design internal combustion engines. Instead, they will focus on making the current ones better and less polluting, and develop all new electric engines.

It seems the car of the future will be here faster than you think.

Let’s see some of the biggest automakers that are changing their portfolios and betting on battery technology.

Since India’s Tata Motors bought Jaguar Land Rover, they’ve had many successful years in terms of technology development and sales. We can see the positive trend even with their commitment to the electric future.

The company noted that they are working hard on developing all-new electric engines that will find their place in all of their future models. They aim to become an all-electric luxury brand by 2025, and that’s not far away from today.

If that’s not all, the company has another ambitious goal: Zero net carbon emissions in its supply chain, products, and operations by 2039.

Can you imagine the iconic petrol-powered V8 Mustang turning into an electric car? – Well, it is here and people are going crazy for the Mach-E. Ford is even working on transforming their most successful vehicle the F-150 pickup truck into an all-electric vehicle by 2022.

Compared to other automotive manufacturers, Ford is running at a slower pace in terms of electric vehicle development. However, they claim that their entire passenger vehicle lineup will run solely on batteries in the next 10 years.

It seems like they are ready for transformation as they invested more than $1 billion to overhaul its factory in Cologne, Germany where electric vehicle production will take place.

Yes, the car manufacturer that builds plane engines and the same one that has made V16 Bentley is going electric. This ultra-luxury automaker announced that they want a piece of the market and they will showcase their first all-electric car in 2025.

Bentley’s CEO admits that this is a bold move calling it a “profound change in the industry.”

They are getting on the train and quickly developing new technologies that are designed to bring the future to the present. They claim that by 2035, the majority of their vehicles sold will be electric.

Most of their work was focused on developing new combustion engines with fewer emissions, which is why car manufacturers like Tesla are way ahead of the game.

In terms of the race for the electric vehicles, we can say that Tesla is like a horse way ahead of it’s competition on the TwinSpires.com Kentucky Derby odds. Still, the more competition the better for the customer.

This is a good thing just because more car manufacturers have a better chance of improving today’s electric car, and come up with something that is more reliable, has greater distance, and can be recharged in a short amount of time.