Home 4G The Smartphone Industry is Back on Track and Here is What to... 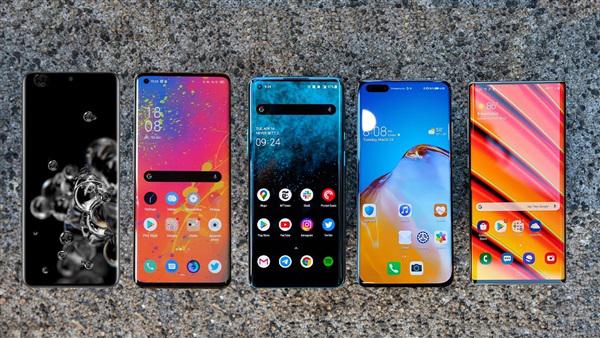 After a year since the pandemic hit, and it seems like smartphone production is getting back on track.

Many smartphone manufacturers faced difficulties last year in terms of developing new parts and handling manufacturing which is why we’ve seen many delayed releases.

So, if you are looking for a smartphone upgrade this year, let’s find out what we can expect from some of the biggest brands in the industry.

Obviously, Apple’s iPhone is always a highly anticipated smartphone that gets an upgrade at least once a year. Last year, Apple had a successful launch with their impressive iPhone 12 and even though it has been only a few months since the release, we’ve seen rumors of the iPhone 13.

Some of the reports from the supply chain suggest the iPhone 13 will have a smaller notch which is something to be excited about. It seems like they are going to keep their boxy shape that is like a reborn of the fan’s favorite model in terms of design the iPhone 5.

Experts predict that we will see the sensor-shift optical image stabilization that is currently available only on the iPhone 12 Pro Max featured on their basic versions.

In terms of display, every year we see rumors about the 120Hz screen refresh ratebut we still haven’t seen it become reality.

Huawei will continue their successful release of their P-series, and we expect a new phone coming this spring. If we base our thoughts on the renders from a reliable leaker like OnLeaks, we can spot many striking features.

First and foremost is the eye-popping camera module on the back which is unlike anything we’ve seen before. We still don’t have much information in terms of specifications, but this smartphone will definitely have more than four cameras.

Additionally, some rumors suggest that this will be the first smartphone with 1 mobile camera sensor made by Sony.

We’ll definitely see Huawei’s Kirin 9000 5G processor and it is going to be one of the best smartphones in the world. Many brands are betting hard on the future of 5G, with NBA delivering the first 5G smartphone live-broadcast back in 2019.

So, if you want to see up close the tallest players in NBA history on your smartphone you will be able to do it if you have a phone with the highest 5G processor.

After a bumpy start, the Z generation Samsung smartphones are now on the right track. This is Samsung’s super-luxury category and we expect some drastic changes this year. Rumors suggest that the Z Fold 3 will come with an S Pen slot, which makes sense since the phone has a tabled-sized screen.

On top of that, renders show an under-display camera and experts predict that we’ll see this phone in a few months.

There are claims that Samsung is working on a more affordable Z Fold model that will be called Galaxy Z Fold FE.

Xiaomi is on a roll at the moment and they are definitely testing their capabilities. They recently announced that they are going to build their own smart electric-powered car. Though, at this stage, we are more interested in their smartphone portfolio and their upcoming devices.

Finally, we got a confirmation after a long time of waiting and having trouble believing the rumors about their new Xiaomi Mi 11. Their latest phone will have a 1.1 screen on the back of the design, plus a far-reaching camera with 120x camera zoom.

The good news doesn’t stop there. The all-new Mi-11 will come with the fastest charging we’ve seen on a smartphone up to date, which is a bold claim and a 6.8in AMOLED display. There are three cameras on the back featuring a 50MP main camera, 48MP ultra-wide camera, and 48MP telephoto.

On top of that, it will feature a monster battery of 5000mAh and a Snapdragon 888 processor. Surprisingly, this smartphone will come with great sound quality since Harman Kardon was in charge of designing the speakers.

These are some of the most anticipated smartphones in 2021 and all of them will feature revolutionary tech that we cannot wait to get our hands-on.

Of course, all of the information above is based on rumors, so anything is possible. Maybe we will see even more impressive performance on the upcoming phones this year.