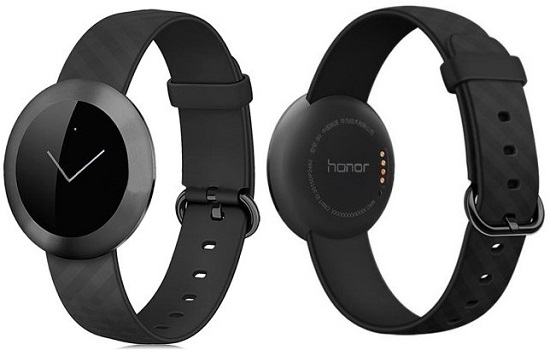 Honor has unveiled its fitness wearable Honor Z1 Band in India. The band showcased in October, would be available exclusively on Flipkart.com for INR 5499.

Honor Z1 Band has a circular design with brushed metal bezel around the corners and display at the center. The band is dust proof and water resistant and has been accredited with IP68. Combined with MyFitnessPal app, the band offers a seamless connected experience and an effective activity, step and sleep tracking mechanism for the users who are always on the move. Besides this, the band also comes loaded with features like: call reminding, SMS notification, calorie consumption tracker, and calendar function. The band has a three day battery life.

Commenting on the announcement, P. Sanjeev, Vice President Sales, Huawei India – Consumer Business Group said, “We are pleased to announce the launch of new Honor Z1 Band in India today. Consumers in India are becoming serious about their fitness regimes and are therefore looking for a gadget that tracks their overall health. The Z1 Band is our latest offering under Honor umbrella that deliver information on user’s sleep schedule and tracks fitness. We are hopeful that this new band would be received well by the Indian audience.”

The Honor Z1 Band would be available in two colors; subdued black strap with gun-metal Black Band and Cool cream strap with Silver Band exclusively on Flipkart.com at INR 5,499/-

How to Write an Opinion Essay

What you need to know about football betting