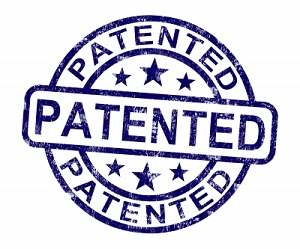 In line with its long time strategy to monetize on patents, Canada based Wi-LAN Inc has filed an appeal with the United States Court of Appeals for the Federal Circuit in its patent dispute with Apple Inc involving WiLAN’s U.S. Patent No. RE37,802 (“the 802 patent”).

On April 3, 2014, Judge Rodney Gilstrap of the U.S. District Court for the Eastern District of Texas, ruled that the Jury had no basis for invalidating the 802 patent at the trial of the WiLAN vs. Apple lawsuit in October 2013.

“After considering the Court’s ruling on April 3, and based on the advice of our counsel McKool Smith, we believe there are strong grounds for an appeal in this case,” said Jim Skippen, President & CEO.

In addition to the case referenced above concerning the 802 patent, WiLAN is in litigation with Apple in the Southern District of California concerning the infringement of two patents related to LTE technology. WiLAN expects the case in Southern California to go to trial later this year if not settled earlier.

WiLAN’s unique business model of licensing its IP has translated in a number of legal lawsuits where the company has reiterated its position as lawful owner of its wireless technology patents.

This has also kept the legal system busy with a series of patent lawsuits over the past many years. In the year 2002, Wi-LAN took to court, another Canadian company, Redline Communications over its use of a wireless networking technology. After that case settled out of court in 2004, WiLAN then went ahead and sued global networking major, Cisco Systems over a similar claim.

Additionally, in the year 2007, WiLAN sued 22 different companies alleging that they had violated key patents for Wi-Fi and DSL technologies.

WiLAN has licensed its intellectual property to over 280 companies worldwide. Inventions in our portfolio have been licensed by companies that manufacture or sell a wide range of communication and consumer electronics products including 3G and 4G handsets, Wi-Fi-enabled laptops, Wi-Fi and broadband routers, xDSL infrastructure equipment, cellular base stations and digital TV receivers. WiLAN has a large and growing portfolio of more than 4,000 issued or pending patents.