Home 5G Why are 5G smart cities posing a threat to the online privacy... 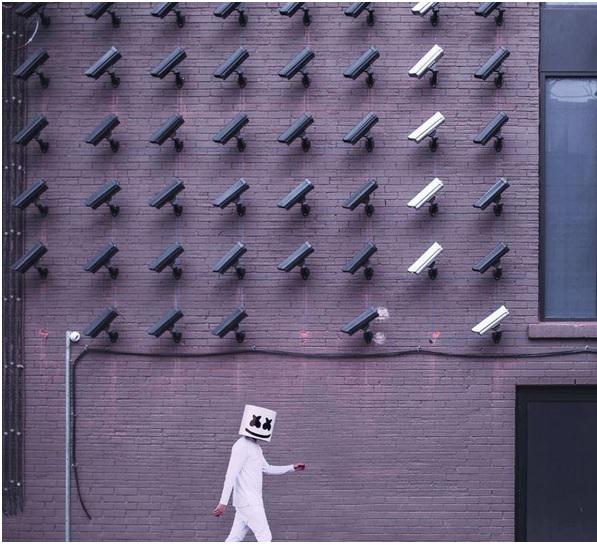 Cities around the world utilize a host of information communication technologies. Lightning-fast communication networks, sensors, phone applications are all designed to enhance mobility and connectivity to ultimately increase the level of citizen’s welfare.

But to become a smart city, a large amount of data needs to be consumed to optimize municipal operations.

While on the surface, it all looks so good and secure, but you’d realize that situation is not as safe as it seems if you look a little deeper. While these cities promise a utopia for humanity, it ultimately takes away the most precious thing from them – their online privacy and freedom.

With everything being recorded and available online, the citizens can feel their privacy being snatched away from them in these smart cities worldwide. While we’re not saying that you can simply go off the grid to keep your data from being harvested, there are ways through which you make yourself anonymous online. For example, you can use a VPN to encrypt your network, making it impossible for anyone to track your identity or your internet traffic.

Speaking of VPN, you can’t just trust any VPN that you may find online. Only with the most secure VPNs with strong encryption, the people of such cities have any chance of protecting their digital footprints and salvaging their online privacy.

According to an estimate, there are about a thousand smart cities projects currently underway worldwide. Cities in 56 countries have already begun surveillance using AI, facial recognition, and even data mining. At the same time, concerns regarding surveillance suppressing free speech, privacy, and data protection are also growing.

The utilization of surveillance technologies such as sensor and biometric data is what makes cities smarter. Right now, China has the top 18 most surveilled cities in the world. Twenty million images are collected every day by satellites, drones, and fixed cameras. Citizens using bus, metros, and even their credit cards are also traced every day in real-time.

Between the 1990s to 2000s, surveillance technology was used to improve public and private safety and security. However, its spread was heavily accelerated by the 9/11 attacks.

However, facial recognition systems were never really popular in the states. San Francisco was the first major city to ban its use in 2019. Ironically, it was among the top five most surveilled cities globally when it endorsed the halt of the Secret Surveillance Ordinance.

Across North America and Western Europe, the tension regarding smart cities can be connected to how surveillance technology leads to the misuse of personal data. Debates regarding which tools undermine transparency, accountability, and trust occur frequently.

There are also concerns about how facial recognition is racially biased towards people of colour. Surprisingly, there’s even evidence to support this concern. This helps explain why various other cities of the United States of America have also banned facial recognition.

The more these devices get connected, the more cities get smarter and the more prone to various digital threats. We have already seen that different cities are being targeted for data theft, breaches, and all sorts of cyberattacks. We all know about the cybersecurity challenges faced by IoT devices.

Digital interruptions in government websites, emergency service centres, and health systems have been reported by multiple cities. When security is compromised, people’s faith in digitally connected services and systems starts to wither away. As their insecurities increase, their trust in all sorts of digital services starts to fade away as well.

While not every threat can be countered, cities need to create the aptitude to stop, reply, and heal from such attacks while preserving data protection and privacy as best they can.

For starters, city officials, organizations, and citizens need to establish digital security in all the domains of government, infrastructure, and society. Also, the use of excessive surveillance that threatens fundamental freedom, such as online privacy, should be avoided.

All the devices that use the internet should have password protection, authentication, and encryption built-in at the very least. Also, cities should educate citizens about essential awareness and preventive measures to reduce the potential digital threats.

To grow, these cities need to comprehend their blind spots. This will require monitoring the vulnerabilities of wireless devices in their environment. They will also need to finance in automatic event response and recognize and correct their vulnerabilities in the network.

Establishing smarter cities should never come at the price of citizen’s safety, privacy, or liberty. After all, cybersecurity and cyber resilience can never be compromised.