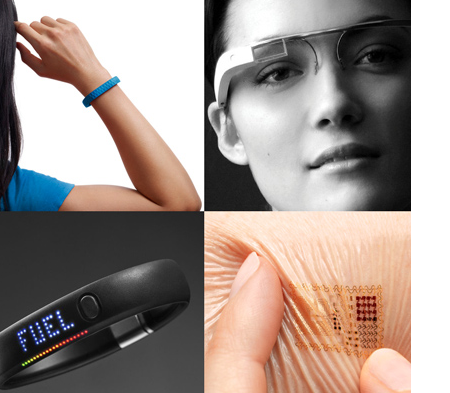 The global market for batteries used in wearable electronics will grow more than tenfold in just four short years, propelled by portable new products especially suitable for active sports and fitness lifestyles, according to a new report from IHS Technology.

Worldwide revenue for wearable electronics batteries is projected to reach $77 million by 2018, up considerably from a mere $6 million by year-end in 2014. This year marks the first time of significant volume for the market from a virtually non-existent base last year, and revenue will continue to climb very rapidly in the next few years ahead.  By 2018, industry takings will have grown nearly 120 percent from 2014 levels, as shown in the attached figure.

“Wearable electronics will be the key to sustaining the current very-high-growth levels of battery revenue in consumer electronics,” said Thomas McAlpine, power supply and storage component analyst for IHS. “The tremendous expansion in store will come thanks to an increase in the shipments of smartwatch products, wearable health monitoring devices and smart glasses—products geared toward an active lifestyle combining advanced technological trends in miniature computing with newly smart consumer imperatives in fitness and fashion.

In all, annual shipments for wearable electronic devices will reach an estimated 56 million units by 2018, fueling continued demand for the batteries that power these products, Mc Alpine noted.

These findings can be found in the report, “Batteries in Portable Consumer Electronics – World 2014,” from the Power & Energy service of IHS.

In particular, 2013 was an important year for wearable electronics with many of the leading consumer electronics suppliers bringing out their first smartwatch products. Also on the horizon now are yet-to-be-launched smartglass products for the mass market, with Google currently running a trial program for its Google Glass, and an official product release anticipated for later this year.

Of the total number of batteries expected to be installed in wearable electronics by 2018, lithium polymer batteries will take the predominant share, accounting for 73 percent of total wearable electronics battery revenue.  Lithium polymer batteries are typically the preferred choice as they are lighter in weight and can be manufactured into a wider range of shapes and sizes, compared to traditional lithium-ion batteries.

To cloud or not to cloud….Here is the answer

Movistar+ offers possibility of having double screen on TV