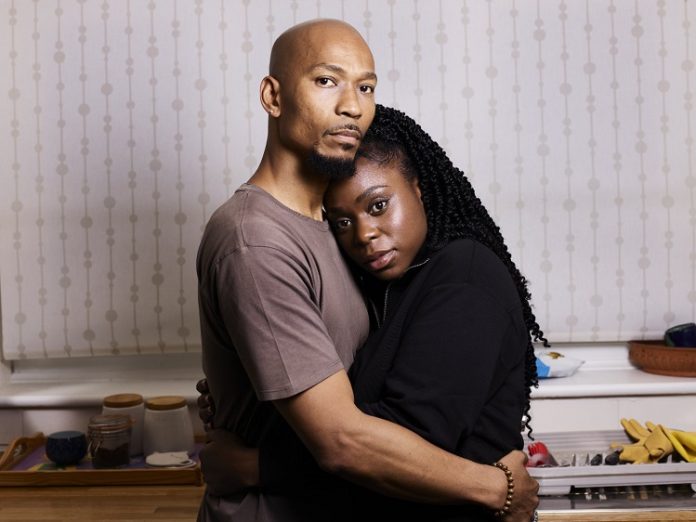 Vodafone has partnered with world-renowned photographer Rankin to commission a series of images that depict the many faces of digital exclusion in the UK.

The ‘Faces of Disconnection’ photo series, released today, comes as the brand reaches the milestone of donating connectivity to one million people living in digital exclusion and extends its commitment to help a total of four million people cross the digital divide by 2025.

Over 1.7 million households are digitally disconnected, with a million more at risk due to the cost-of-living crisis. But a new study from Vodafone has revealed that only 9% of people can confidently explain digital exclusion, and 60% think that it affects only those who can’t afford a connection.

In reality the issue is much wider. In fact, while those suffering financial hardship took up a large percentage of the one million connections donated by Vodafone (26%), the reality is much broader with digital inclusion (24%), refugees and asylum seekers (20%), homelessness (10%), young people (5%) following closely behind.

‘Faces of Disconnection’ is based on real life stories, and depicts the top social causes that benefit from Vodafone’s everyone.connected programme. It features a range of people who can find themselves on the wrong side of the digital divide including:

As well as consumer research, the study looked at how the issue is depicted online across the media, stock sites and search engines and found that the issue isn’t represented accurately. Almost 80% of images (78%) use only graphs, data, or cartoons to illustrate digital exclusion with only 22% of images online featuring real people. Where people and faces were included, only 2% depicted any emotion, further masking the impact digital disconnection can have on members of society. This portrayal exacerbates the ‘invisible’ nature of the issue.

Photographer, Rankin said: “When Vodafone asked me to help them highlight the faces of digital exclusion, I knew that I had to help. It’s such an invisible issue so I wanted to use my skills to bring to life the stories of the people affected and help change perceptions.

“The images are based on real-life situations, and not only showcase those who can be affected by digital exclusion but also the feeling that disconnection brings – be that loneliness, frustration or isolation.

“I hope the series provides some much-needed insight, as with more awareness and understanding and support from businesses like Vodafone, we can fix the issue once and for all.”

Ahmed Essam, Vodafone’s UK CEO, said: “We have put tackling the digital divide at the heart of our business and I am pleased to say that we have now donated connectivity to a million people in need.

“I am also proud to say we are now extending our commitment to help a total of four million people cross the digital divide by 2025 through the provision of connectivity and technology, affordable and accessible products and digital skills.

“Connectivity is a key part of everyday life, and those who aren’t part of the digital world are sadly too often invisible. We hope these images help drive understanding of the breadth and implications of the issue, and encourage people to search Vodafone everyone.connected to find out more if they know someone who might need our help.”

Helen Milner OBE, Group CEO, Good Things Foundation, said: “Digital exclusion in the UK is still at unacceptable levels, which is why we are pleased to be working with Vodafone to extend their commitment to help a total of four million people cross the digital divide over the next three years.

“Together, in partnerships such as this one, we can help make the issue more visible and fix it for good.”

The images are freely available to the public, media outlets and organisations from today to use via free stock image site Pexels – with the aim of providing a more accurate portrayal of the issue.

Vodafone’s everyone.connected campaign includes a range of partnerships and initiatives to help more people and businesses cross the digital divide, giving them the connectivity and skills they need to stay connected and participate fully in an increasingly digital society.

Building on its existing work with Good Things Foundation, which saw Vodafone pledge 24 million GB of data and to connect 200,000 people as part of the National Databank, the brand will enter a new three-year strategic partnership to support further delivery of the charity’s ambition to fix the digital divide in the UK. This will include helping expand its National Digital Inclusion Network to over 5,000 organisations by providing basic digital skills support to excluded people in local communities across the UK.

A new pilot announced today will get free connectivity into the hands of the people who need it most at the time when they are most vulnerable. Working with the Trussell Trust and Citizens Advice, Vodafone will offer SIMs to those calling the Help through Hardship helpline, which is delivered in partnership by the two charities and provides advice and support to people who are worried about money and struggling to afford the essentials.