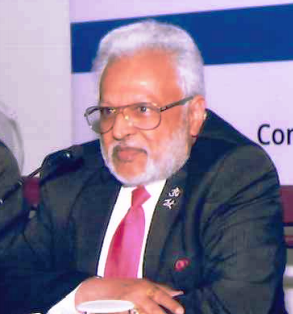 “US Immigration Bill S744 which is under consideration in US Parliament can lead to a loss of $ 30 Billion annually for India. This bill could also negatively impact India’s GDP by 1.5%, cause 5000 Indian American owned small IT firms to go under and cause massive unemployment in India as well as in US,” Says Shalabh Kumar, Chairman of Indian American Advisory Council of House Republican Conference of US Parliament & Chairman of NIAPPI Business Council. ‘Proverbial Elephant in the room can no longer be ignored.’

On the backdrop of heavy traffic of US officials in New Delhi in last three months to promote India-US economic relations but without showing any clarity on Immigration Bill S744, a ‘Wake-Up Call’ is needed to carefully listen to and guard against the “double-speak” of some of the US politicians and diplomats who recently visited the capital.

The S 744 Immigration Bill if enacted into law by the US Parliament, could result in almost a trade war between the two largest democracies in the world and cause major headaches for US-India relations. This has the potential of unraveling what otherwise could be a strategic alliance between two countries with a lot in common.

In a bid to highlight the ground realities of Indian- American entrepreneurs and businesspersons in US and challenging the rosy statements made on the heels of Secretary Kerry’s recent visit to India, Kumar emphasized on the need for Indian Americans and Indian policy makers to take a strong stand against the anti-Indian provisions of the S 744 Bill which is being considered to get cleared in the US Parliament. Even though this Bill at this time is on the back burner in the House of Representatives (Lok Sabha) of the US Congress, its final outcome is dependent on the political climate of the upcoming midterm elections in November of 2014.

During his strategic visit to meet key policy makers in India and to provide a holistic overview about Indo-US economic scenario, Shalabh Kumar said, “The Immigration Bill S744 in US Parliament is the biggest hurdle in front of the people of India and Indian Americans in the United States. Government of India must ensure their strong stand against this S744 bill. If passed, this Immigration Bill S744 would damage growth of Indian businesses and IT industry in particular. It would also disrupt the economic activity of a large number of US companies (Anti-Indian provisions of the Bill are opposed by Republicans in general and the US Chamber of Commerce). Around Five Lac engineers from India on H1 and L1 visas may have to return back to India causing a loss of around INR 2 Lac Cr. per year to the Indian exchequer. ”

Indian Prime Minister, Narendra Modi’s US visit is scheduled at a strategic time when the interest of India’s economic relations with US can be strongly put forward. “I urge the policy makers to be fully prepared and confront the US Administration and require it to stop or amend this draconian Bill,” Shalabh Kumar said.

Vijay Jolly Convener of BJP’s Global Affairs has already sent a letter to the US Embassy in India asking that US House of Representatives should not approve such anti-Indian S744 bill. While appreciating the efforts of Mr. Jolly, Mr. Kumar also added, “This activity needs even more concrete actions and US Parliament should hear strong voice of Indian counterparts.”

Commenting on this issue, NK Goyal, President, CMAI Association of India said, “It has become routine fashion to live and give broader statements for cooperation and friendship. Each Country has to and must fashion for its citizens. Important point is., is India able to do that instead of getting lost in welcome, red carpet, glossy statements. When it comes to US Immigration laws, the USA does not listen to any one. When it comes to oppose domestic trade, US does not listen to any one. US will oppose all efforts for local promotion of equipment. On immigration laws, naturally US will see what is good for USA and will act accordingly. We in India must also act in a similar fashion and protect our interest.”

On a side note, it should be noted that Democrats and President Barak Obama have been steadfast in not lifting the ban on Modi’s personal B1 visa. This does not bode well to establish real trust between the leaders of the two countries, essential to move the dialog forward. At NIAPPI Business Council, Kumar and his team is actively working towards the success of Narendra Modi’s US visit which is scheduled in the month of September, 2014. Honorary Chairs of the NIAPPI Business Council include Congressman Pete Sessions, Chairman of the Rules Committee, Congresswoman Cathy M. Rodgers, Chair of the House Republican Conference, Former Speaker and Presidential Candidate Newt Gingrich, and Congressman Aaron Schock, Chief Deputy Whip of US Congress.

• The bill bans outplacement of H1 or L1 visa holders if they form more than 15% of a firm’s U.S. workforce.

• It also limits the proportion of H1B and L1 visa workers relative to a firm’s total US employees to 50% by FY17 (starting October 2016).

• Indian firms will have to pay more by way of visa fees and pay higher wages to H1 visa holders. All of this could disrupt the companies’ business model.

• India will be hit hardest because it has a 55% market share of the global IT outsourcing industry in US.

• The IT sector makes up about 4% of India’s GDP at present. The U.S. accounts for 60% of India’s software exports.

• Estimated adverse impact on India’s FY2015 GDP due to the outplacement clause in the bill S744 is kept at 0.3% to 4% which is large enough to cause India and Indian Americans to have sleepless nights.

The Bill S744 was introduced in US Senate on 16th April 2013 and was passed on 27th of June 2013. The US Senate at the moment is controlled by the Democrat Party headed by President Barak Obama.

The Bill is generally opposed by the pro-business Republican Party, which wants a tighter border security on its large border with Mexico and also wants legal immigration of high tech professionals (primarily from India) instead of giving amnesty to some 20 million illegals from south of the border. Now the bill is pending in US House of Representatives awaiting consideration. Once it is approved, the bill will become a law. 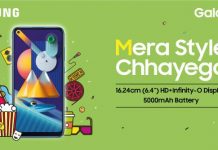