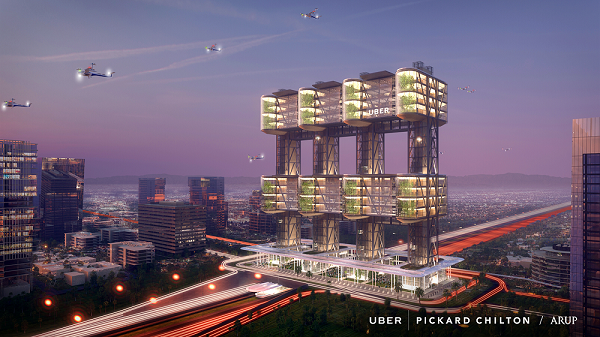 Uber Elevate has announced five shortlisted finalist countries that could be home to the first international Uber Air City within the next five years.

Head of Uber Aviation Programs Eric Allison said, “We are proud to host the first ever Uber Elevate Asia Pacific Expo, showcasing the exciting future Uber Air can bring to the region and to the world. In pursuit of our first international launch market, where you will be able to push a button and get a flight, we are announcing a shortlist of five countries where Uber Air can immediately transform transportation and take our technology to new heights. We want to thank the attendees of the Expo who got a first peek at Uber Eats delivered by drones, potential future routes where Uber Air will fly people across cities in the Asia Pacific region, and many other ways Uber is creating a new future of truly multimodal transportation.”

Daisaku Hiraki, Parliamentary Vice-Minister of the Ministry of Economy, Trade and Industry said, “I am very pleased that Uber’s first-ever Elevate APAC Expo took place in Japan. We see much potential in flying cars, and we anticipate that flying cars can be used not only to help solve traffic congestion in urban areas, but it will also help with increase mobility between city centres and remote islands and mountainous areas, promote tourism in Japan as well as enhance disaster relief operations. The Ministry of Economy, Trade and Industry and the Ministry of Land, Infrastructure and Transport announced on 29 August that the Investments for the Future Strategy 2018 will consist of launching a Joint Public-Private Sector conference to revolutionise the aviation mobility industry. I believe public and private sectors, including companies outside of Japan, should work collaboratively to develop this new technology. I am confident that Japan has the potential to become a leader in aviation innovation.”

Uber’s Elevate program is creating urban aerial ridesharing, globally. Starting in approximately five years, Uber customers in launch cities will be able to push a button and get a flight on demand. To enable this, Uber has assembled a network of partners that includes vehicle manufacturers, real estate developers, technology developers and more. Dallas and Los Angeles were previously announced as the first two U.S. launch cities, and at the second annual Uber Elevate Summit in May, Uber announced it was seeking an international city as a third partner.

After evaluating countries across the globe, Uber executives announced today at the Uber Elevate Asia Pacific Expo that the following five countries are on a shortlist:

• Japan — Home of one of the world’s most enviable public transit systems and a world leader in the technology and automotive industries, we’re excited to invite megacities including Tokyo and Osaka to explore the future of transportation with us.
• India — Mumbai, Delhi, and Bangalore are some of the most congested cities in the world, where traveling even a few kilometers can take over an hour. Uber Air offers tremendous potential to help create a transportation option that goes over congestion, instead of adding to it.
• Australia — Uber Elevate has already had several positive conversations with local policymakers and the Australian Civil Aviation Safety Authority in our recent visit to Sydney and Melbourne. Australia has already taken significant steps to embrace the future of urban aviation.
• Brazil — Rio de Janeiro and the state of São Paulo, home to our partner Embraer, are key ridesharing markets globally, and they also happen to be some of today’s most active helicopter markets, indicating clear demand for urban aerial ridesharing.
• France — We were excited to announce the opening of our Advanced Technology Center in Paris, the city where Uber was first born, and we’re looking forward to further discussions in a region with a rich aviation history.

The Uber Elevate team is now inviting conversations with stakeholders across major cities in these countries, and will announce the chosen Uber Air international city within the next six months.

1. Sizable market — We are looking for large, polycentric markets with a strong and present need for innovative transportation solutions, and with a metropolitan population over one million people.
2. Local commitment — We will work with federal, state, and local governments from day one, in addition to members of the community we hope to serve — real estate developers, zoning commissions, city councils, and neighborhoods. We will be looking for markets that are locally committed to bringing Uber Air there so we can collaborate closely in the coming years.
3. Enabling conditions — Uber Air relies on multimodal, efficient operations that are seamlessly integrated with a robust Uber ground network.

Uber Eats is currently on pace to be the largest food delivery business in the world, outside of China, with a $6B run rate, growing over 200% across 293 cities. The Asia Pacific region is the fastest growing region for Eats globally, with Eats trips growing 6x over the past 12 months. And India and Japan, Uber Eats has launched in several cities before Uber’s ridesharing service, showing the potential of Eats’ global footprint.

Uber sees a compelling opportunity to bring the same benefits that urban aviation will bring its ridesharing business to its food-delivery business. By taking to the air, Eats will be able to offer faster, farther reaching, more affordable, and more reliable deliveries to more customers and restaurants across the world.

Uber will be able to leverage the same assets and systems being built for Uber Air, as well as the regulatory conversation and progress being made with key stakeholders, such as the Federal Aviation Administration in the U.S. In May, San Diego was chosen as the only urban drone delivery participant in the FAA’s Integration Pilot Program, created in response to a Presidential Memorandum. Since then, Uber Elevate has been working closely with the FAA, the U.S. Department of Transportation and the City of San Diego, and have had several successful test flights in conjunction with technology partners.

Uber Air will fundamentally transform urban mobility and take the pain out of the most common and heavily-congested travel routes in the world. Across the Asia Pacific region, Uber Air could have a profound impact on all types of trips that today are often taken with car or are not served well by public transit.