The company reports over 28% growth in shipments in North America of its MEF CE 2.0 compliant devices driven by ongoing demand for more bandwidth to support more cloud-based wholesale and business services

Telco Systems, the provider of innovative SDN/NFV, CE 2.0, MPLS and IP solutions, has announced that the company is experiencing continued growth in the carrier Ethernet sector with an over 28% year-to-year increase in the shipments of its MEF CE 2.0 compliant devices in North America for the period ending on June 2018.

This is the second year in row of shipment growth for these devices as the company previously reported growth of over 20% for the same period in 2017.

Telco Systems’ growth in the carrier Ethernet space is being driven predominantly by the ongoing demand from communications service providers for additional bandwidth to support more cloud-based wholesale and business services.

As part of this growth, Telco Systems has received a significant increase in orders for its 100GE T-Metro 8100 service demarcation and aggregation platform. T-Metro 8100 gives service providers the required high reliability and flexibility to aggregate multiple services over 1GE, 10GE and 100GE port rates in metro Ethernet environments.

This platform provides carrier-grade service scalability and resiliency along with a comprehensive feature set that supports QoS and OAM capabilities.

In addition to the increase in the number of units shipped, Telco Systems has also added ten new communications service provider customers in North America for this same period ending in June 2018.

“We are pleased to say that the carrier Ethernet market is alive and well,” said Reinhard Florin, Vice President of Sales and General Manager for North America at Telco Systems. “While
SD-WAN is grabbing most of the headlines today across the telco industry, it is important to remember that SD-WAN is an over-the-top technology that must have an underlying network.”

“Much of the demand we are experiencing for our carrier Ethernet demarcation and transport solutions is to support the uptake and growth of SD-WAN from our customers,” continued Florin. “We expect that the carrier Ethernet market will continue to grow for many years to come for which we plan to maintain our strong market leadership position in this space.” 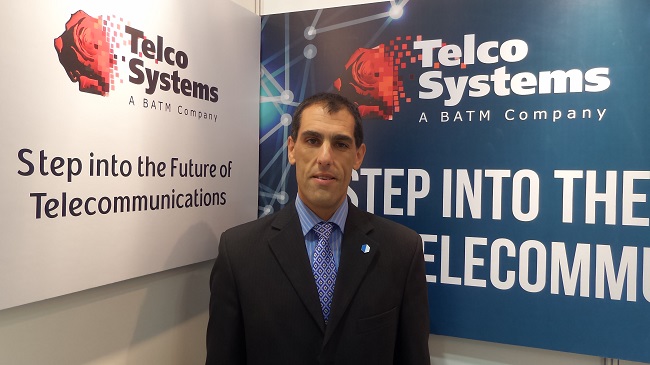 “Our customers know that they can rely on our company to constantly bring to market new product innovations for them to improve the management of their networks and service offerings,” stated Ariel Efrati, CEO at Telco Systems. “In addition to the continued growth of our carrier Ethernet business led by the demand for our T-Metro 100GE offering, the customer engagements that we are involved in for our NFVTime uCPE solution, especially among Tier 1 service providers in North America, is also growing rapidly.”

Telco Systems will be presenting its full portfolio of networking solutions, including the 100GE T-Metro 8100 service aggregation platform and NFVTime uCPE solution at MEF18 in Los Angeles on October 29 – November 2 at Telco Systems’ booth – F4.

Reinhard Florin will also be participating in a panel discussion at the MEF18 event on Tuesday, October 30 in a session titled Universal CPE – Accelerating Service Delivery in Both Brownfield and Greenfield Deployments.