T-Mobile is typing… Five years ago, Un-carrier customers were the first in the U.S. to enjoy enhanced texting capabilities with Rich Communications Services (RCS), so they could share high-res pics and videos, see when someone’s typing a response (and know when they’ve been left on ‘read’), and more. Since then, RCS has evolved to include advanced group message capabilities and other upgrades.

T-Mobile and Google have teamed up to expand RCS for T-Mobile and Metro by T-Mobile Android customers, so they now get that same upgraded RCS experience when texting with Android users on other networks across the globe.

T-Mobile customers are relying on messaging more than ever right now to stay connected to friends and family. In the first several weeks of social distancing, high-res photo and video sharing with RCS doubled on T-Mobile’s network.

To up-level all those texts for Android customers, T-Mobile has become the first in the world to implement a full standards-based RCS Universal Profile 1.0 interconnect with Google’s Messages service. That’s a fancy way of saying that T-Mobile Android customers with capable smartphones get RCS with Android users on other networks, too.

“There’s never been a more important time to stay in touch with friends and family and enabling cross-network RCS messaging with Google is one way we can give T-Mobile customers a better experience to do just that,” said Abdul Saad, Chief Technology Officer at T-Mobile. “We were first in the U.S. to bring RCS messaging to customers in 2015 and will continue to innovate in this space. T-Mobile’s RCS customer base is among the largest in the world, and we won’t stop bringing customers ever better ways to connect.”

“Messages users around the world can now have a rich messaging experience over RCS when connecting with friends and family on T-Mobile’s network,” said Hiroshi Lockheimer, Senior Vice President of Platforms and Ecosystems at Google. “We’re committed to expanding this modern messaging capability to more people and we especially hope this helps bring people closer together right now.”

Un-carrier customers are big on texting and on average send more than 700 million RCS messages a day. Now, T-Mobile Android fans get an RCS experience while texting Android customers on other networks.

To get RCS features while messaging with customers on other networks, T-Mobile Android users need a device that supports RCS Universal Profile 1.0 and to be messaging with someone using chat features on Google’s Messages app.

Capable Android customers on T-Mobile’s network won’t have to do anything or download an over-the-top app to get RCS features — they’re built right into T-Mobile’s network and natively into the phone’s messaging app. Today, nearly 40 T-Mobile and Metro by T-Mobile smartphone models are ready to share RCS messages with Android users on other networks and T-Mobile is aiming to bring this capability to all RCS-enabled smartphones.

The Un-carrier has a history of innovating and enhancing the messaging experience for customers. T-Mobile was first to launch RCS in 2015 and worked with Android device makers to drive adoption of those features and build them directly into the phones. 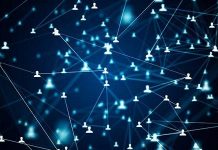