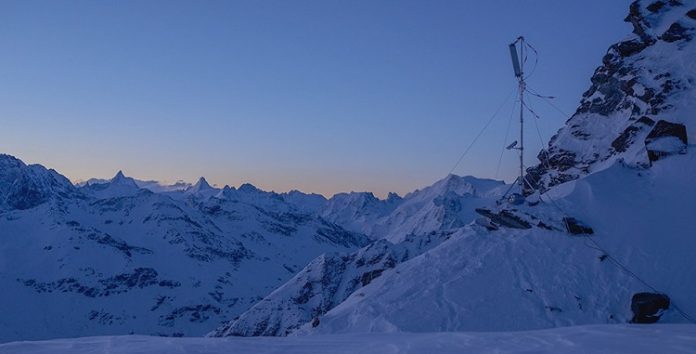 On 25 April, the Patrouille des Glaciers will make a comeback on a grand scale after its cancellation two years ago due to the pandemic. This year, for the first time, Swisscom will be tracking the 1,540 teams from 35 countries on the Swisscom 4G network with new receiver equipment. Taking place for the 22nd time, the ski mountaineering race will be broadcast live throughout Switzerland on blue TV.

At last – it’s finally possible for the Patrouille des Glaciers (PdG) to go ahead again, for the first time since 2018. Once again this year, Swisscom will be broadcasting the race into Swiss homes, with live PdG coverage on blue Zoom (blue TV’s free TV channel) and the French-speaking Swiss regional TV channels Canal9 and La Télé. 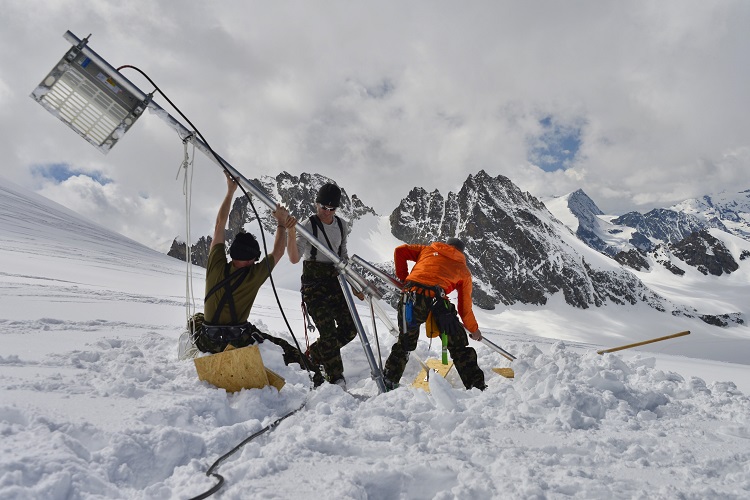 For the first time, drones will also be used to broadcast this spectacle. As Alain Rohrbach, Acting Head of Sports TV and project lead at blue, explains: “To reduce our CO2 emissions, we have decided to use drones instead of helicopters. It will also give us more audiovisual options.” In total, more than 30 journalists and technicians will work their magic to bring amazing images from the mountains to the viewers at home – sure to inspire even the most dedicated couch potatoes.

Once again, fans will have the opportunity to experience the excitement up close thanks to the Swisscom Patrouille des Glaciers app, which was launched ten years ago and developed entirely from scratch. Offering live tracking and 360-degree images along the route, the app is available for free on the App Store and Play Store.

Extreme conditions for the equipment

Following the complete shutdown of 2G last year, Swisscom’s multi-award-winning 4G network is being used for the first time at this year’s PdG. The Telecoms Department of the Swiss Army has constructed a temporary 4G mobile network on the high-alpine terrain.

For safety reasons as well as for live tracking along the entire route, mobile connectivity must be guaranteed at all times throughout the competition. The high mountains will test the equipment under extreme conditions. Meticulous preparation is essential and nothing can be left to chance: the equipment will face the harshest alpine weather conditions.

Every piece of equipment is therefore subjected to extensive testing before use. Christian Neuhaus, PdG project lead at Swisscom, points to the effective collaboration that makes it possible: “This long-standing partnership between the Swiss Army and Swisscom demonstrates the successful cooperation between the public and private sectors.”

Network in the mountains

The Patrouille des Glaciers in the Valais Alps is famous and infamous all over the world. Experts refer to it as the toughest ski mountaineering race in the world, and with good reason. The participants face significant challenges and spend months preparing for the big day. Most of all, this challenging mountaineering race requires discipline and endurance. This is also true for the members of the Telecoms department responsible for maintaining the temporary mobile network under extreme high-alpine conditions at six locations, all at altitudes above 3,000 meters.

In total, more than two tons of equipment, including base stations, antennas, repeaters and other telecommunications equipment are being transported to the mountains by the Air Force. Reto Näf from Swisscom, who is part of the Telecoms department and responsible for network construction at the high mountain stations of the PdG, says: “The construction and operation of the network at these altitudes is a challenge for people and technology.” During the race, an additional 15 specialists from Swisscom and the Telecoms department will be working around the clock at the technical headquarters in Sion to ensure the safety of all participants. Nonetheless, it’s impossible to plan for every eventuality: in 2012, Swisscom employees and members of the Telecoms department had to remain at the Dent Blanche Hut technical station for almost a week after the end of the PdG due to precarious weather conditions.