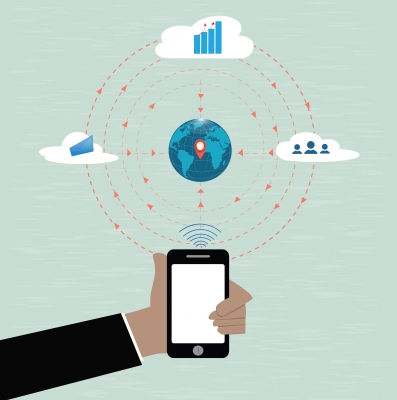 As more and more consumers in India are finding its easy and affordable to get a smartphone today, the trend is fast enticing feature phone users to move towards smartphones. And as a result, India was one of the fastest growing countries worldwide in terms of smartphone adoption in 2013.

According to the International Data Corporation (IDC) in 2013 the smartphone market surpassed 44 million units shipped, up from 16.2 million in 2012.  This surge has been mainly powered by home grown vendors which have shown a tremendous and consistent growth over the past 4 quarters of 2013.

CY2013 also witnessed a remarkable migration of the user base from feature phones to smartphones primarily due to the narrowing price gaps between these product categories.

Q413 Perspective: The India smartphone market grew by 181% year over year (YoY) in the fourth quarter of 2013 (4Q13).  According to International Data Corporation’s (IDC) APEJ Quarterly Mobile Phone Tracker, vendors shipped a total of 15.06 million smartphones in 4Q13 compared to 5.35 million units in the same period of 2012. 4Q13 grew by almost 18% Quarter-on-Quarter.

The shipment contribution of 5.0inch-6.99inch screen size smartphones (phablets) in 4Q2013 was noted to be around 20% in the overall market. The category grew by 6% in 4Q13 in terms of sheer volume over 3Q13.

The overall mobile phone market (Feature Phones and Smartphones) stood at 67.83 million units, a 16% growth YoY and a meager 2% growth quarter over quarter (QoQ).The share of feature phones slid further to make 78% of the total market in 4Q13, with the market showing a decline of 2% in 4Q13 over 3Q13.

The fourth quarter of 2013 witnessed a spike in the smartphone shipments by smaller homegrown vendors like LAVA, Intex which have shown tremendous growth in the past couple of quarters. “The growth in the smartphone market is being propelled by the launch of low-end, cost competitive devices by international and local vendors which are further narrowing the price gaps that exist between feature phones and smartphones”, said Manasi Yadav, Senior Market Analyst with IDC India.

“The international vendors have understood the importance of creating a diverse portfolio of devices at varied price points and are striving to launch cost competitive devices that cater to every segment in the target audience ” comments Kiran Kumar, Research Manager with IDC India.

Samsung: Samsung maintained its leadership spot with about 38% in terms of market share. Its smartphone shipments grew by close to 37% from 3Q 2013 to 4Q2013. The fourth quarter saw quite a few new launches across price points by Samsung – however the low-end Galaxy portfolio in smartphones contribute to 50% in terms of shipment volumes.

Micromax: Micromax held on to its second spot with about 16% in terms of market share in 4Q2013. Some of the top selling models were the entry level smartphones like A35 Bolt and A67. The Canvas range of devices has also done well in terms of volume contribution owing to the marketing campaigns launched around them.

Sony: Sony managed to make a comeback in the top-5 smartphone vendor list in 4Q13 and garnered a market share of 5%. The top selling models included Xperia M Dual and Xperia C handsets, which are targeted at mid-tier price range.

Lava : Lava managed to hold onto the number 5 spot in the top-5 smartphone vendor list. The continued traction around the XOLO and IRIS range of devices helped the vendor garner a market share of 4.7% in 4Q13. Some of the top selling models include the newly launched XOLO A500 S and the existing models like IRIS 402 and IRIS 349.