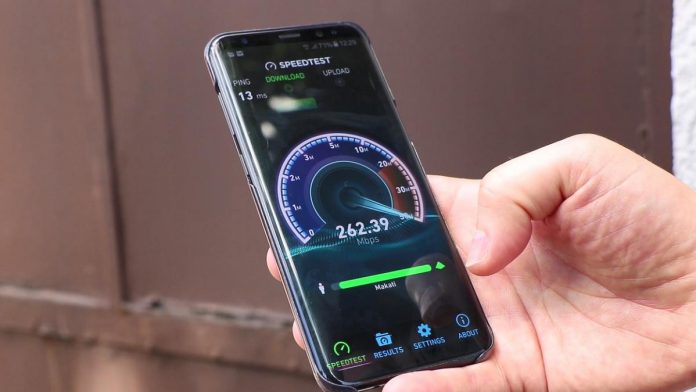 Mobile internet speeds in the Philippines will get a big boost in 2018 as PLDT wireless arm Smart Communications (Smart) rolls out its high-speed LTE-Advanced (LTE-A) service with carrier aggregation in more areas of the country.

This includes the deployment of four-component (4CC) carrier aggregation which can deliver data speeds of over 200 Mbps via 4CC capable handsets.

“This is not a test or pilot. We are bringing today 4CC to our customers as a live, commercial service that can deliver world-class mobile internet,” said Mario G. Tamayo, PLDT and Smart Senior Vice President for Network Planning and Engineering.

“By deploying LTE-A, we will have an even more powerful network platform for offering a richer array of data services and digital life solutions to enterprises, families and individuals,” said Ernesto R. Alberto, PLDT Group Chief Revenue Officer.

In late 2017, Smart and technology partner Huawei Technologies Philippines started firing up 4CC base stations in Boracay and Marikina City, reaching speeds during internal tests of more than 300 Mbps in a single-user scenario and over 200 Mbps in a multi-user daytime set up, using Samsung’s flagship 4CC-capable smartphones, the Galaxy S8 and Galaxy S8+.

“We are now bringing 4CC to Quezon City and other parts of Metro Manila, where LTE-A handsets are already being used,” Tamayo explained.

The importance of LTE-A to delivering world-class mobile internet service was recently highlighted by OpenSignal, the international company that provides wireless service coverage mapping. In its recent report, OpenSignal said that the countries with the fastest mobile data speeds “tend to be ones that have built LTE-Advanced networks and have a large proportion of LTE-Advanced capable devices.”

Smart’s LTE-A roll out is a follow through of its accelerated expansion of its LTE or Long Term Evolution network over the past year. In 2016, Smart started to deploy LTE in multiple frequencies including low band spectrum such as 700 MHz, initially in Boracay and in Metro Davao.

In 2017, Smart’s LTE and 3G expansion program initially covered Metro Cebu, Rizal and Metro Manila and has since proceeded to other parts of the country. This has been complemented by a 3G rollout in several frequency bands as well. As a result, the company expects to fulfill its commitment to the National Telecommunications Commission to cover over 90% of the country’s cities and towns with mobile broadband using LTE and 3G by early 2018.

Through its LTE rollout, Smart has led the way in improving mobile internet speeds in the country. According to OpenSignal, Smart has consistently led in terms of LTE speeds across the country, posting an average download speed of 10.6 Mbps. Smart’s own recent internal tests show encouraging results, posting median LTE download speeds in Metro Manila for example of 17.9 Mbps.

“We have supplemented our LTE rollout with 3G because many customers are still using 3G handsets. But the future of mobile broadband clearly lies with LTE,” Tamayo said.

LTE’s advantage over 3G lies in the fact that it is a pure data technology. This enables LTE to handle its resources efficiently, more than doubling it as compared to 3G.

Smart was the first operator to offer LTE-A in the Philippines, starting in Boracay in April 2016. Since then, it has rolled out LTE-A to Metro Manila, Rizal, Metro Cebu and Metro Davao, where customers with LTE-A capable SIMs and handsets can stream TV shows and movies without buffering and play online games without lags.

In August 2017, Smart and Huawei launched 4CC in Boracay, reaching average speeds of 280 Mbps using the Samsung Galaxy S8 and Galaxy S8+, while promising speeds of up to 400 to 500 Mbps were also achieved via 4×4 Multiple Input, Multiple Output (MIMO) and 256 Quadrature Amplitude Modulation (QAM) technology on a live and loaded network in Boracay, also using the Galaxy S8 and Galaxy S8+.