The 10,500-kilometre submarine cable links eleven cable landing stations in the region and is expected to be completed by the fourth quarter of 2020. The SJC2 will be built and operated by a global consortium comprising telecommunications and technology companies, including China Mobile International, Chunghwa Telecom, Chuan Wei, Facebook, KDDI, Singtel, SK Broadband and VNPT.

“The construction of SJC2 cable is timely and will provide additional bandwidth between  Southeast and North Asia, whose combined population of more than two billion are driving demand for data as their economies undergo digital transformation,” said Ooi Seng Keat, Vice President, Carrier Services at Singtel. “As a new generation multimedia superhighway, the SJC2 can play a pivotal role in facilitating economic cooperation and digital innovation among the countries in this region. The construction of this cable reinforces Singtel’s position as the leading data services provider in the region and strengthens Singapore as a global business and info-communications hub.”

The cable will feature up to eight pairs of high capacity optical fibre with a total capacity of 144 Terabits per second, roughly the equivalent of simultaneously streaming 5.76 million ultra-high definition videos per second. Its high capacity allows it to support the high bandwidth requirements of advanced technologies such as the Internet of Things, robotics, data analytics, artificial intelligence and virtual reality applications.

Singtel continues to invest strategically in its international connectivity. In April 2017, Singtel and its partners announced the construction of the 9,000-kilometre INDIGO submarine cable connecting Singapore to Perth and Sydney, Australia. Singtel and a consortium of 17 global partners completed the 20,000-kilometre Southeast Asia – Middle East – Western Europe 5 (SEA-ME-WE 5) cable in December 2016. 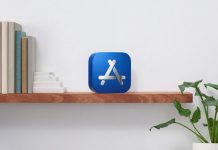