Home 5G SD-WAN | Empowering Telecoms for Next Era of Connectivity 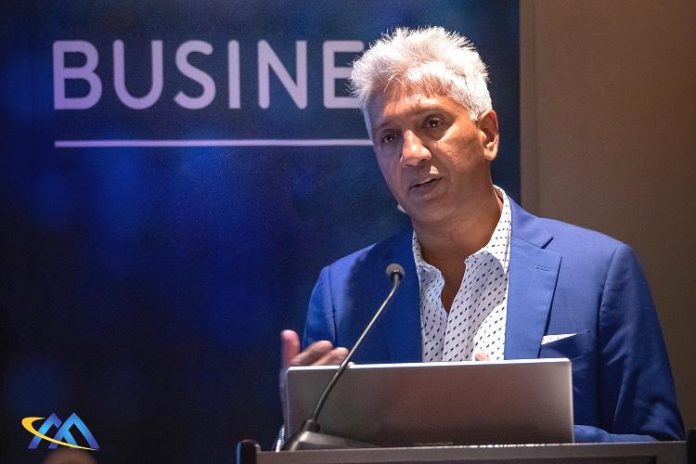 SD-WAN is empowering telecom operators and communications service providers to become great enablers by delivering connectivity solutions – not only designed for today’s networks, but also prepare for a 5G scenario in a better manner.

As part of a precursor discussion to the upcoming MEF19 global event – Pascal Menezes, Chief Technology Officer, MEF, speaks with Zia Askari from TelecomDrive.com about SD-WAN and why it is becoming important for telecoms and enterprise communities today and how can this technology shape up things in a 5G era.

Many of our members – because they think it helps them to utilizing both, their existing networks of Carrier Ethernet and MPLS and also utilize the internet in an efficient manner. And, I think it does that in a very elegant way where they centralize policy and focus on application performance as the critical driver for the WAN.

I think there is a centralized policy area that is designed around application performance objectives and other policies. More and more enterprises see that as a way of giving control and visibility to the WAN.

I think more and more Enterprises see that now as going to be the norm of the future where it consolidates small brand sites, which can use all-internet when multiple internet Loops that centralized SD-WAN policy and application objectives to more mid-sized to large sites that use MPLS to carry Ethernet Networks for their mission critical applications and then offload through the internet, non-Mission critical application is its primary use case.

How do you see SD-WAN as a technology while providing any additional attributes to the existing security infrastructure that an operator already has. What are some of the security-driven advantages that SD-WAN has today?

I think SD-WAN centralizes the policies so that people can make policies both on application performance now and security policies, so they can create security postures part of the same SD-WAN policy paradigm.

They can describe their application performance objectives or the security posture at various Brands sites. We at MEF have two specs going on in the form of MEF-70 and we also have MEF-88 which is the security for SD-WAN. These two are being driven in parallel and yet they all come under the centralized policy attributes that enterprises can utilize.

So I think what happened was the same thing with Carrier Ethernet, when it first came out – many vendors offered Carrier Ethernet and I know this is seems like norm – but way back in 2001 you talk about Ethernet on the LAN – and it was considered blasphemy that, there was only SDH/SONET and at that time even ATM.

There was confusion in the market, because it was various kinds of offerings – under Metro Ethernet. That’s why we called it “Metro Ethernet Forum” for that reason. So that confusion got solved by MEF coming out with the first standardization of Carrier Ethernet.

I think the market gets confused with so many terminologies, constructs, ideas, every vendor calling it, defining it in their own way – what SD-WAN is so when there is confusion generally buyers tread cautiously.

Now what we are trying to do at MEF is – remove that confusion by providing some framework, guidance, language that we can to clarify what is SD-WAN and what is the behavior of SD-WAN.

What is the biggest advantage that SD-WAN brings for the Telecom Operator, Enterprise or a CSP today?

I think for service providers SD-WAN enables them to glue all their current underlays and VPN offerings into a cohesive technology.

So SD-WAN is really, the idea of traffic steering on an overlay of IP-VPN using various kinds of underlay technologies on the bottom, which could be Carrier Ethernet, MPLS for hybrid scenarios and internet breakout or Internet Loops, so it really doesn’t matter whether using Broadband, Carrier Ethernet, MPLS, even LTE to 5G now and on the wireless on the loop side and the access technology. All those access tones are usable.

So from a service providers perspective, it allows them to glue what their current assets are – and other people’s assets. It enables them to deliver this Wide Area technology and it’s independent of what they own as an underlay both an access and transport and utilize other people’s access technologies around the world and still own the service themselves as a retail managed service provider to the enterprise.

I think that’s very critical for service providers to unify all the wide area Network Technologies into one offering.

And for the enterprise – it’s the same thing – that it’s a policy Paradigm where they get control and visibility for their application performance and all the security performance.

A lot of operators are now moving towards embracing 5G in one way or the other, so in a 5G era, what is the future potential that you see for a technology like SD-WAN?

Yeah, I think 5G comes with many great aspects, but I think the most important one from an Enterprise business point of view – is that it enables fixed wireless access – and most importantly 5G does this with predictable performance and very high speed and I think that’s the big takeaway.

5G allows this wireless access to be available pervasive as a wireless technology and almost like a fiber like addition anywhere in the world with wireless loops, and that’s predictable performance with no defined SLA objectives on the actual Wireless Loop and at very high speeds – upto gigabits per second capacity and that is really not being enabled with LTE.

5G is designed around high-speed access in particular and that’s going to be very helpful for delivering an access loop anywhere on demand with using Wireless technology like 5G. I think fixed wireless access is a very predominant use case in 5G.

SD-WAN will be a dominant topic in MEF 3.0 Proof of Concept Showcase demonstrations and conference sessions at MEF19, held 18-22 November 2019 in Los Angeles, California.