Home 5G Road to 5G: How Deutsche Telekom will influence 5G development in 2017 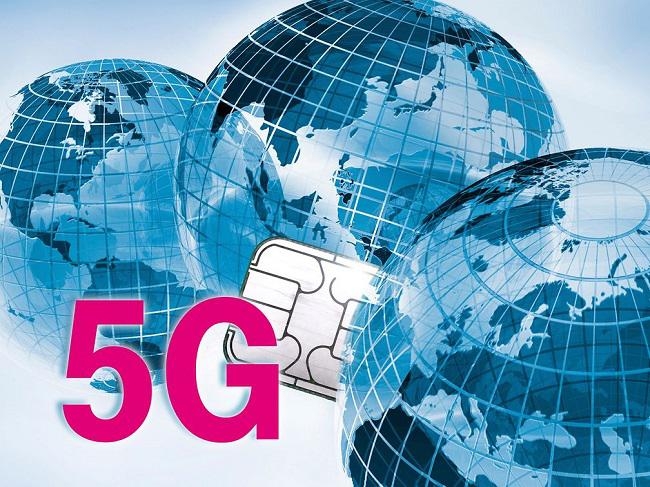 Deutsche Telekom is set to further shape and influence 5G development in the year 2017. Network Slicing can enable ultra low latency or very high speed connections over the same infrastructure and commercialization of NB-IoT is expected to be the biggest trend in 2017.

“Innovative 5G solutions in blueprints and in live implementations – – that’s what we demonstrated in our lab and in field trials together with our partners in 2016. DT achieved many records and underlined its technology leadership position in Europe,“ Claudia Nemat, Board Member Europe & Technology Deutsche Telekom AG, sums up.

After whitepaper, blueprints and first trials, 5G differentiators have become more tangible over the course of the year. DT‘s world’s first end-to-end multivendor 5G system shown at the Mobile World Congress in Barcelona was a vivid proof point for experts and a hot discussion topic as well. The demo made clear why Network Slicing is expected to be the key enabler in this coming generation of technology. It is able to fulfill even the diverging demands of the different user groups on a common infrastructure using programmable, virtual networks.

The achievements are underlined by two notable records – and a strong engagement with vertical industry partners on future use cases. On the one hand, DT achieved a world first sub one millisecond latency in an end-to-end Network Slice as part of the Barcelona demonstration. On the other hand, an extreme mobile broadband user experience can be delivered in places, where multiple users are streaming HD movies to kill time. In the worldwide highest mmWave access capacity demonstration, DT achieved up to 70 Gigabit per second multi-user connection speeds. This is a service that could someday be provided to consumers via another virtual Network Slice. Meanwhile, trials with the automotive industry on the A9 highway in Germany have demonstrated the potential of very low latency technologies to improve road safety.

„On the way to 5G we will notably focus in 2017 on sensor based connectivity to open up Internet of Things use cases,“ the Group’s CTO Bruno Jacobfeuerborn says looking ahead. „The commercialization of Narrowband IoT will be one of the biggest trends in the industry and will occupy us next year, too.” Besides extreme Mobile Broadband and Tactile Internet, Massive IoT is a major focus of 5G. Activating the world’s first Narrowband IoT end-to-end system on DT’s live network has been an important milestone on the way ahead. In autumn 2016 Deutsche Telekom started to build its networks in Germany and The Netherlands for customers to test and develop their IoT use cases. Greece soon followed. In 2017 the roll-out will be continued as more markets get connected.