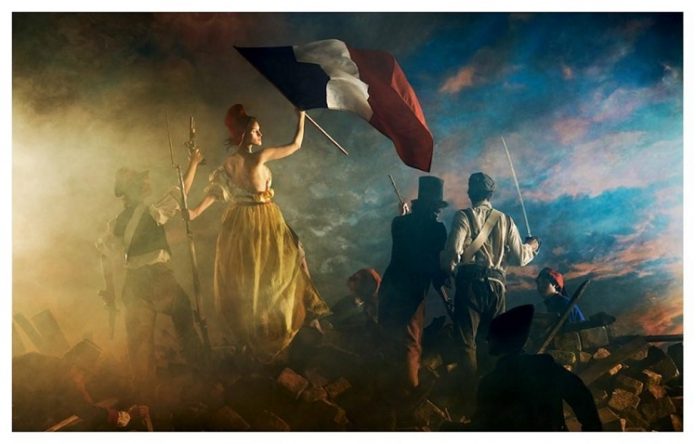 Qualcomm has unveiled a bold reimagining of Eugène Delacroix’s 1830 French masterpiece, Liberty Leading the People, at the iconic Louvre gallery in Paris, France.

The project was undertaken at a pivotal time for France, as it assumes the presidency of the European Union, as well as for Qualcomm who is using its industry leading one technology roadmap to set the pace of innovation and drive the digital revolution across all industries and all corners of the world. 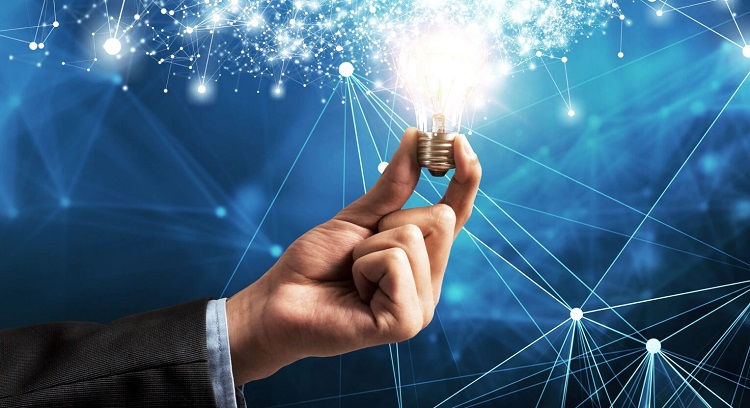 Qualcomm Technologies, Inc. engaged Paris-based photographer and artist Élina Kechicheva to reimagine Delacroix’s masterpiece, which commemorates the July Revolution of 1830 that led to the overthrow of King Charles X of France. In Kechicheva’s adaptation, which spans some 1,100 square meters on the façade of the Louvre, the perspective of the painting is reversed, providing the viewer with the unique vantage point of being one of the leaders of the revolution.

Élina Kechicheva, the project’s creator, said, “My art is about being bold, making strong statements and constantly moving forward through innovation. For these reasons Qualcomm is a natural partner. Reimagining such an iconic artwork was a serious challenge, and something I did not take lightly. I felt a heavy sense of responsibility, because I wanted to be respectful to the original, because the values it represents are things which we hold dear as French people. I hope people can connect with this artwork and engage with it either in person or online, and that it speaks to them in a new way by offering a fresh perspective.”

By choosing to reimagine Liberty Leading the People, Qualcomm is positioning itself at the vanguard of the new digital revolution that is currently sweeping across Europe and the globe, spurred by the ongoing rollout of 5G connectivity. The artwork reminds audiences that Qualcomm’s technologies sit behind so many of the innovative and revolutionary devices and experiences that businesses and consumers are utilising now, and will utilise in future – from smartphones, laptops, cars and extended reality powered by Snapdragon® technology platforms, to the IoT and device to cloud-services that are transforming global industries. With this bold piece, Qualcomm is also leaning into its role as a leader of the digital revolution, an evolution which will be reflected in both its brand and business activities in France, Europe and beyond moving forward.

Don McGuire, senior vice president and chief marketing officer, Qualcomm Technologies, Inc., said, “This artwork speaks to Qualcomm’s spirit of innovation, leadership, and progress, and the power of those forces combined to deliver positive change in the world through technology. As the world’s leading wireless technology innovator and a driving force behind the development, launch, and expansion of 5G, advanced processing and edge intelligence across Europe and the world, we are in the privileged position of creating technology that improves people’s lives. Developing important technologies of both today and tomorrow is an exciting place to be as we enable a world where everyone and everything can be intelligently connected.”

Enrico Salvatori, senior vice president and president of Europe/MEA, Qualcomm Europe, Inc., said, “The artwork reaffirms Qualcomm’s commitment to partnership, collaboration and progress in France and across Europe. In January 2021, Qualcomm opened new 5G and future 6G R&D centres in Lannion and Issy-Les-Moulineaux, building on its existing role as a technology partner to France and Europe. With over 4,200 employees stationed across 31 sites in 15 European countries, Qualcomm has supported Europe’s vision for open strategic autonomy by expanding its R&D presence, production capacity and local initiatives aimed at fostering home-grown innovation across the continent. By invoking the sense of freedom, leadership and revolutionary spirit of Delacroix’s masterpiece in this artwork, Qualcomm is communicating its shared vision for its future and France, is one that is driven by technological innovation and ongoing collaboration.”