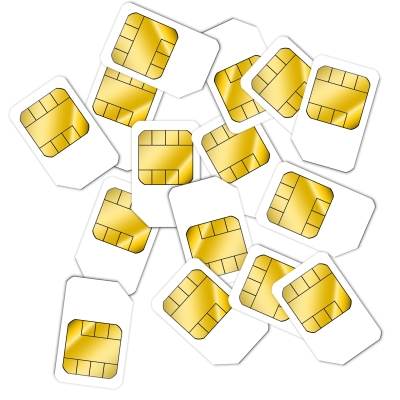 It is interesting to note that all the blocked SIMS were issued before the National Database Registration Authority (NADRA) initiative envisaged out system for issuing of regularized SIMS. The PTA has directed mobile phone operators to speed up the mechanism of blocking unregistered SIMS.

The mobile telecommunications sector is seeing very large year-to-year growth in Pakistan. Approximately 90 percent of Pakistanis live within areas that have cell phone coverage and more than half of all Pakistanis have access to a cell phone today.

With 118 million mobile subscribers in March 2012, Pakistan has the highest mobile penetration rate in the South Asian region.

According to the Pakistan Telecommunication Authority (PTA), Mobilink continues to lead the market with 35.7 million subscribers, followed by Telenor with 29.3 million, Ufone with 23.1 million, Zong with 15.6 million, and Warid Telecom with 14.3 million.

All telecom companies are working to broaden their networks in the Azad Jammu and Kashmir and Northern Areas, which were largely ignored until recently. Five of the seven Agencies of the tribal areas have mobile coverage.

Softwarisation, automation critical to the future of telcos: PCCW Global

Why Wi-Fi Calling is the Next Disruptive Telecom Technology