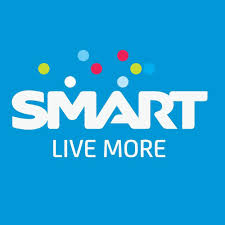 In line with the growing demand for faster mobile broadband services, wireless services, Philippines based Smart Communications Inc. (Smart) is set to expand its 4G Long-Term Evolution (LTE) footprint this year to cover all major cities of the country and 25 more municipalities.

This move is seen to extend the reach of Smart’s 4G LTE network to close to 50 percent of the country’s population, maintaining its position as the mobile company with the most extensive 4G LTE network in the Philippines.

4G refers to the fourth generation of mobile communications technology, which includes HSPA+, Wimax and LTE, with LTE being the fastest commercially available mobile Internet service in the world, offering data speeds of up to 20 times more rapid than 3G connections.

With such data speeds, users are able to stream high definition (HD) videos, download large files or upload photos and videos on their mobile devices without lag or delay.

“We are expecting a tremendous growth in data traffic, and we hope to sustain the pace of our aggressive LTE roll-out in order to keep up with the demand of our subscribers,” said Rolando G. Peña, Technology head for Smart and its parent company, the Philippine Long Distance Telephone Company (PLDT).

“Around the world, telecommunications companies are strategically shifting their focus to data services, and Smart is no exception. We are beefing up our systems and investing in the latest technologies to future-proof our network and keep our services relevant,” Peña said.

Aside from expanding its 4G LTE coverage, the amount would be used to boost Smart’s 3G coverage from 71 percent to 100 percent of the population, increase the PLDT Group’s fiber footprint from 78,000 kilometers to 90,000 kilometers and invest in a new international cable system by the end of the year.

“After our experience with super typhoon Yolanda, it is imperative for businesses to adapt to the reality of climate change,” said Nazareno. “We are investing in necessary support systems and innovative designs so our base stations may withstand 300 kph winds,” he added.

Last month, Smart conducted a successful video multicast of a live event over LTE, which is a first in the country and in Southeast Asia. When fully developed, the emerging technology called the evolved Multimedia Broadcast Multicast Services, will allow people to watch clear, lag-free video content – whether live or on-demand – on their smartphones and tablets wherever they are, whenever they want.

Last August, Smart also successfully conducted the country’s first trial of LTE-Advanced, which can support data services with speeds of from 100 to 400 Mbps.

Aside from LTE, Smart also offers HSPA+ and WiMax as part of its suite of 4G technologies. Smart’s nationwide coverage is backed by its fiber optic cable connection that is over four times more expansive and more powerful than that of its competitor.

As of December 2013, the PLDT group’s cellular subscriber base stood at 70 million, consisting of users of Talk ‘N Text (29.5 million), Smart (25.5 million) and Sun Cellular (15 million). In terms of broadband services nationwide, the company has combined subscriber base of 3.4 million within the same period, consisting of the wireless broadband subscribers of Smart Broadband (1.9 million) and Sun Cellular (544,000) as well as the fixed broadband users (962,000).