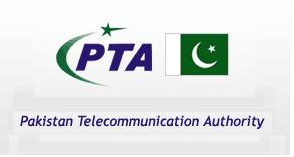 According to details PTA and FIA teams carried out a raid at Rehman Park Lahore. The grey equipment confiscated from the place included a desktop PC, 2 PTCL modems and few SIMs and number of accessories. During the raid one person was arrested and is in the custody of FIA for further investigation.

During the past several months, Pakistan authorities have worked hard to see a number of such exchanges being unearthed. Telecommunications operators, globally as well as in countries such as Pakistan have seen a significant loss in revenues from interconnection bypass, primarily because of an increased usage of GSM VoIP Gateways, also known as SIM Boxes.

Furthermore, technology advancement in GSM gateways and VoIP technologies is also fanning this malpractice. GSM VoIP gateways are telecommunications devices that can facilitate calls from fixed, mobile or Internet telephones to be routed through VoIP directly into a relevant GSM network.