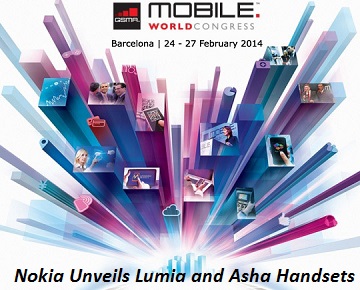 Nokia has unveiled five new affordable handsets including a new family of smartphones debuting on the Nokia X software platform, at the ongoing Mobile World Congress in Barcelona, Spain. Based on the Android Open Source Project (AOSP), and backed by Nokia’s deep ties with operators, the Nokia X platform gives Android(TM) developers the chance to tap into, and profit from, a rapidly expanding part of the market. The launch builds on Nokia’s leadership in delivering innovation to more price points with its family of Lumia smartphones, and the latest momentum for Windows Phone.

“Today Windows Phone is the fastest growing mobile ecosystem in the world, and we continue to see incredible momentum with our Lumia smartphones,” said Bryan Biniak, Vice President and General Manager, Developer Experience at Nokia. “Now, with the introduction of the Nokia X family of devices, we’re delivering the same design, quality and innovation Nokia is known to lower price points to capture the fastest-growing segment of the smartphone market.”

Monetization, plus porting made easy

With billing agreements in more than 60 markets and with more than 160 operators, Nokia provides developers with access to one of the largest mobile operator billing network in the world, offering the scale and global reach needed to successfully monetize their apps and generate higher revenues.

“The reach of Nokia’s operator billing network provides developers with a powerful revenue driver – up to five times that of credit-card billing offered within other platforms,” said Amit Patel, Vice President, Developer Relations at Nokia. “Combined with Nokia In-App Payment, developers have the freedom to build on the model that works best for them.”

The vast majority of Android apps can be published to the Nokia Store as is. For those that require modifications, the Nokia X analyzer tool significantly reduces porting time by identifying the required changes. To make porting even easier, developers only need to maintain one code base and distribute a single application package file (APK) to target multiple stores.

At launch, leading global apps will be available for the Nokia X family of devices, including Facebook, LINE Free Voice and Messages, LINE Camera, LINE Bubble, Picsart, Plants vs. Zombies 2, Real Football 2014, Skype, Spotify, Swiftkey, Twitter, Viber, Vine and WeChat, among others. And in a first for Nokia customers around the world, BBM, a premier mobile messaging platform, will also be available on the Nokia X family of devices in addition to Windows Phone.

“BBM continues to provide a best-in-class mobile messaging platform with productivity, collaboration and community-building as cornerstones,” said David Proulx, Senior Director, BBM at BlackBerry. “We continue to see great enthusiasm for the BBM experience around the globe and we are thrilled to work with Nokia to preload BBM on devices beginning with Nokia X in select markets. We welcome Nokia X users to the BBM community.”

“LINE’s partnership with a global player such as Nokia is indeed an honor. Delivering LINE on Nokia X represents our commitment of ensuring that people around the world will experience the joy of communication through LINE on Nokia X smartphones,” said Shin Jung-ho, CEO of LINE Plus Corporation. “We are pleased to announce that LINE will continuously offer a variety of features to Nokia X platform to enhance users’ exciting experience in communication, social sharing, imaging, and gaming.”

Developer innovation on Nokia Lumia continues, which reflects Windows Phone’s status as the fastest-growing mobile ecosystem in the world. Today, Nokia also announced that leading partners, including Adobe Photoshop Express, Facetune and JUSP will soon launch for Windows Phone – joining other must-have apps and games including Instagram, Vine, Grand Theft Auto: San Andreas and Subway Surfers, among others that have recently launched.

“In a world of mobile development, speed and time-to-market is of the utmost importance,” said Biniak. “At Nokia, we’re focused on helping developers accelerate the development process across platforms, while also providing access to the latest innovation and tools to help them focus on what they do best – creating the next great app.”

Nokia now offers premium merchandising slots in 181 countries to its key partners through the Nokia Developer Exchange Marketplace. This new offer represents an expansion of the Campaign feature introduced in October 2013 for DVLUP, Nokia’s rewards program for developers. Inaugural partners participating in the exchange include Electronic Arts, Gameloft, AE Mobile, Miniclip and Outfit7.

“Even in digital, selling is all about ‘location, location, location,'” said Daniel Morel, Chairman and CEO, Wunderman. “With Nokia Developer Exchange Marketplace, developers have access to prime real estate for their apps, they can leverage performance metrics and do so much more. It’s a big step forward.”

“Nokia Developer Exchange Marketplace is an exciting new proposition,” said Sam Browne, Managing Partner of Carat Global, the number one-ranked agency network in the world. “Nokia’s investment illustrates ongoing intent to build, support, and cooperate with the developer community. Partners will have unique access to a range of valuable media properties, with a proven capability to deliver high consumer reach, and the opportunity of app distribution growth. Both large and small partners can view this as a significant new marketing asset.”

The Future of Smartphone Trends in ‘Neo India’ 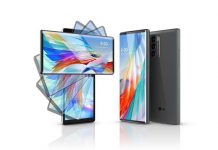