Home 4G Networking Trends and Predictions 2021: The Hyped Versus the Helpful 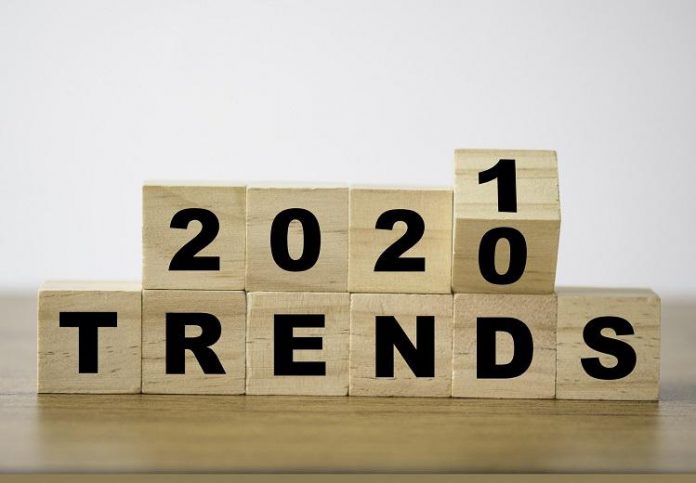 Hype around next generation wireless standards has become a distraction, according to Bigleaf Networks founder and CEO, Joel Mulkey, as marketers sacrifice reliability to push faster speeds that are mostly useless in the new work from home era.

Mulkey and Bigleaf Vice President of Product, Jonathan Petkevich, looked into the reality behind the marketing hype around 5G and WiFi 6, as well as other networking trends such as satellite networks and artificial intelligence, in a wide-ranging panel discussion hosted for the company’s customers, partners, and agents.

As IT leaders look to regain their footing in 2021, many tech conversations that were trending at the beginning of 2020 picked up where they left off, while other trends emerged. Below are selected highlights from Mulkey and Petkevich’s conversation:

The Work From Home Reality

“If you look at some of the Stay-At-Home mandates that have happened over the course of 2020, we estimate that about 85 million people are working from home, and that’s a big shift towards where we were at the start of 2020,” said Mulkey. “Starting at about the mid-March timeframe, 88% of organizations asked employees or required employees to work from home. About 57% of the US workforce started to work from home on a regular basis. So that was a big shift towards most people working in the office, with a few people working remotely in regional or local areas. And a lot of organizations have been talking about how they’re switching to a more long-term remote work-from-home strategy.”

Adapting to this new work from home reality meant frantically moving technology to the cloud. Part of that shift meant IT and network infrastructure teams needed to revamp their networks to support the connection reliability and application performance required in this kind of new normal.

“You need to have a healthy path between the device you’re using and the cloud server, otherwise you’re not going to have a usable experience,” said Mulkey. “One of the things we’re seeing companies running into is a sudden realization that quality of connectivity is really important.”

The Danger of WiFi 6

According to Gartner, WiFi is the primary high performance network technology that companies will use through 2024. Today, roughly 96% of organizations use some form of wireless technology with many of those companies looking to move to faster versions of those networking capabilities in the next couple of years. Mulkey and Petkevich say the hype is hurting companies.

“Ensuring that you have technology that’s built on the latest standards makes sense,” said Petkevich. “I don’t know that 5G or WiFi 6 are drastically changing how a business operates day-to-day. There’s a little bit of over-hype around the speed and performance and some of the promise that’s with both of these.”

“WiFi 6 is a bit misplaced in our industry’s priorities and 5G is a marketing mess,” said Mulkey. “WiFi 6 is good for really dense, high bandwidth needs. So if you have an office with 1,000 people in a small area or you’re trying to provide WiFi offload in a stadium, WiFi 6 has technologies that will help you out. But if you’re a normal person and you’ve got a house with a couple of kids and you need to make sure your WiFi doesn’t drop-out when you’re on Zoom calls, I don’t see WiFi 6 moving the needle there. In fact, I think it’s harmful. The WiFi industry has become so focused on a story of faster, faster, faster, that the pace of innovation comes at the sacrifice of reliability. What you really need is stable WiFi connectivity that doesn’t drop out, that deals really well with roaming, that has some more intelligence to the quality of connectivity rather than prioritizing speed.”

“Now, 5G is interesting because there’s some really promising stuff there,” continued Mulkey. “Imagine if you didn’t even need WiFi, you just had always-on connectivity from all your devices at say, 100 megabits a second. That was the vision cast for it. The problem is, it’s almost all hype. What you need for the really high speeds is millimeter wave connectivity, which is really only going to be available in dense urban areas. So the folks that absolutely need good 5G today in rural areas or suburban areas without good landline connectivity, are probably not gonna get that millimeter wave behavior, surely not in rural areas.”

“We really have most of the benefits, if not all of them, with 4G today, so the evolution from a 4G to 5G in these longer distance connections is minimal to nothing,” added Mulkey. “It’s just a marketing term slapped on 4G. Now, 4G has gotten better since your phone first said 4G on it, but you’re not going to magically be able to stream 3D Star Wars style holograms because your phone has a 5G icon on it. That may come some day, but it won’t be 2021.”

Those who have the toughest time with WAN internet connectivity are those in rural areas or suburban areas that have been abandoned by the telecom and cable operators. An area Mulkey and Petkevich see low Earth orbit satellite networks moving beyond hype.

“The issue with traditional satellites is latency,” said Petkevich. “Starlink fixes that. So it’ll be interesting to see that play out in 2021.”

Artificial Intelligence in the Network

44% of IT decision-makers believe that AI and machine learning can help companies optimize their network performance, and more than 50% identify AI as a priority investment needed to deliver their ideal network and make things work for them.

“There are two main ways that AI is in use today. You have a consumer-facing flavor — Siri on my iPhone, or the way that Google can find me images of apples; and then you have the hidden AI that nobody knows about — the instantaneous response of a Google search, where they’ve built smart technology that would fall under the definitions of AI to make sure that your request for Google gets to the right server from the right path and gets back to you as efficiently and effectively as possible,” said Mulkey. “Those technologies are available today. The challenge is they’re not available to the everyday person. This is an area where we, ourselves, have dedicated people and resources to figure out, ‘How can we make our network behave in an autonomous manner far better than it could if there were just people controlling it?'”

“There’s a kind of a misconception that when we talk about AI, the first thought is all the wonderful movies that have come out over the years,” quipped Petkevich. “Where we are today is there’s a lot of innovation going on to make this more tangible and more practical for businesses to use on the smaller scale, and not reserve it for the large enterprises of the world, and make it more generally available. This is definitely an area where a technology is moving beyond its hype.”