Home Applications and Content Most IMSI Catcher Detectors Do Nothing More Than Provide a False Sense... 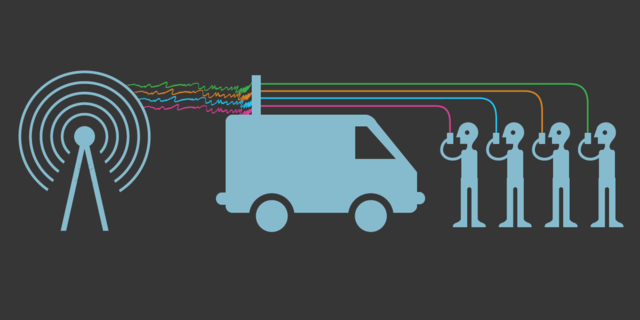 In case you are uninitiated, an IMSI catcher, often referred to as Stingray, is a spying device used by, you guessed it, intelligence agencies.

This clever eavesdropping device fools a cell phone into believing that it’s a cell phone tower. Disguised as a cell tower, these devices can track all sorts of data right from the GPS location of the targeted mobile phone to telephone conversations.

Sounds scary? Yeah, a lot of people think so. However, an IMSI catcher is one of those many devices intelligence services have at their disposal to bring down bad guys. Now, you can go all squeaky voiced and argue why the government needs a device that can invade people’s privacy. However, it’s best not to lose sight of why intelligence agencies exist. They are supposed to spy on people, that’s their job. That’s how they stop terrorist attacks and apprehend criminals.

In a bid to protect themselves from being spied on a lot of people turn to android apps that claim to catch the IMSI catchers. Here’s some food for thought. Do you really believe that a free android app can have the capability to detect a surveillance device manufactured by billion dollar defence manufacturers? A device that’s so sophisticated that it’s used by governments to spy on other governments and track down high-profile criminals can somehow be bested by a Play Store app is preposterous.

That’s exactly what researchers at the Technical University of Berlin and Oxford University were pondering. So, they conducted a test. They downloaded the 5 most popular IMSI catcher detector apps on the Google Play store and then they tested their capabilities.

As expected, the results were not as inspiring as most people downloading these apps would like to believe. All the top 5 apps failed to detect and alert their users when their respective smartphones were connected to a fake cell tower.

In the string of interceptions performed by the researchers using a “White Stingray” tool, two of them were not detected by any of these apps. There were times during the testing phase that some of these apps detected a surveillance device.

However, those detections could have been easily avoided by employing a different attack mode. Every single IMSI catcher detection app could easily be tricked, and the researchers were able to extract phone’s location and intercept voice calls. Long story short, in the hands of qualified intelligence operatives, there is little to no chance that your phone’s IMSI catcher detection app would successfully be able to detect a fake tower.

IMSI catcher is a necessary evil. Let’s not forget when the device was used extensively to arrest drug kingpin Henry López Londoño, the then head of Columbian drug cartel. These and many other success stories prove that IMSI catchers are a necessary device for law enforcement agencies. The problem really lies when criminals start using these devices.

Governments are thus forcing IMSI catcher manufacturers to sign stricter contracts, preventing them from selling these devices to private buyers.