Moscow is moving on a fast lane to become one of the most preferred smart city destinations in the world. Primarily driven the government of Russia’s will to enable and nurture innovation and harness the power of technology for public good – Moscow has emerged to be a haven for cutting-edge technology.

Today, the city is home to a number of technology hubs such as the Skolkovo Smart City and enabling life in Moscow to become strikingly urban and modern.

Visitors to the city can easily experience Moscow embracing smart technologies; people moving on the fast lane of technology, are always on hooked to their devices, consuming data and there’s free Wi-Fi access in public spaces and even in public vehicles. Adding huge convenience, charging stations are available at train stations and bus stops as well.

While the city of Moscow is not widely known for its high-tech prowess, the city, through its innovation-minded leadership, is investing heavily towards creation of smart city infrastructure and technology enablement.

Moscow Mayor Sergey Sobyanin has been instrumental in the city’s transformation. Sobyanin took over as mayor in late 2010. By 2011, he centralized the city’s IT under one department. He prioritized cost-effective procurement and pushed for the interoperability of systems.

Quite important for his IT agenda was to leverage big data in order to accurately understand the various situations within the city and use insights to drive decision making.

And as a result – Moscow city has implemented e-government services, automation, and Internet-of-Things (IoT) platforms to serve as a solid base for its continuing smart city initiatives. The city has invested $600 million a year to make put these in place. It also helps that the Russian capital is home to many of the country’s top businesses and generates significant revenue from taxes and tourism side.

Speaking on the sidelines of Open Innovations Forum at Skolkovo – Fursin Aleksei Anatloievich, Head of Department for Entrepreneurship and Innovation, Moscow said that this city has set a goal to create infrastucture for entrepreneurs and innovators that already consists of more than 2000 infrastructure objects including technoparks, co-workng spaces and certification centres & more than 1700 companies are set there, small and big ones; these innovation companies offer their solutions both for the market and for the city.

“Today our department makes a list of innovative solutions that are afterwards bought by the city in order to imply them in municipal facilities. There are nearly 1000 of such ideas included into the list. They belong to different spheres like municipal facilities, health care, transport infrastructure, education,” he explained.

Central to transforming Moscow into a smart city are its citizen engagement platforms. The Moscow online portal – www.Mos.ru features three key services that residents can use to engage and communicate with their government.

The first is ‘Our City’, an online complaints system that’s accessible either through the web or the mobile app. Citizens can send complaints if they notice anything awry in their community. For instance, if garbage collectors have been amiss picking up trash regularly, citizens can report the issue using this portal.

The second is ‘Active Citizen’. Through the web and mobile app, citizens are empowered to vote on city development matters such as proposed public transport routes, new speed limits, and even developments such as new parks. The platform has successfully involved nearly two million users.

The third is ‘Crowd’, a crowdsourcing platform on which citizens can propose ideas. Citizens could send in suggestions for the further improvement of Moscow’s city portal or even community projects. Over 130,000 citizens are on the platform. More than 84,000 ideas have been put forward, 2,700 of which have already been shortlisted for further study. Fourteen projects have been successfully implemented from the platform.

Several major developments have resulted from these platforms. Around 2.1 million citizens participated in the e-voting to push for My Street, a major urban redevelopment project with a slated budget of $1.6 billion. My Street covers 87 sites including renovation of streets, squares, and embankments to make them more people friendly and more energy efficient.

In addition, parents are now involved in identifying new courses on the Moscow Online School platform including contemporary and relevant topics on cybersecurity, blogging, and even chess. 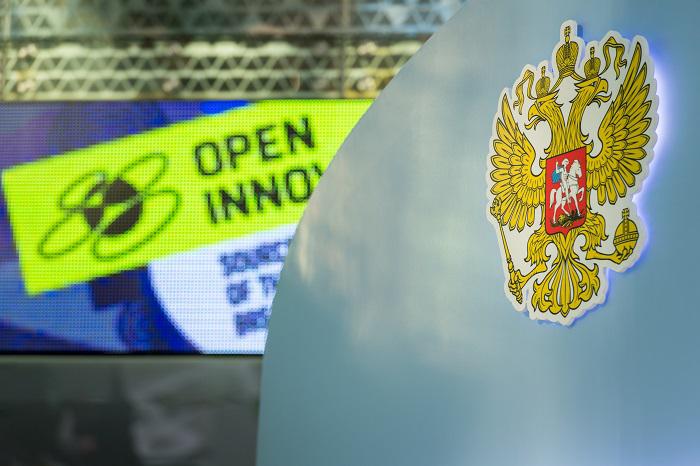 Skolkovo  – a HotSpot for Innovation

The Skolkovo innovation centre was founded in 2010 under then-President Dmitry Medvedev with the aim of transforming the Russian economy from its hydrocarbon resources-dependent state into a modern, technology and innovations-based model.

To achieve that goal, the Skolkovo Foundation strives to provide talented scientists and budding tech entrepreneurs in Russia with all the support and conditions they need to realize their potential here in Russia, in an attempt to end the brain drain the country has seen since the collapse of the Soviet Union.

Skolkovo now has just over 1,900 resident startups working in a range of subdivisions of IT, biomedicine, energy, nuclear and space technologies. They can apply for R&D grants of up to $4 million, are exempt from profit tax and VAT, and also get tax breaks on importing scientific equipment from abroad. They receive intensive mentoring and consulting services from the Skolkovo Foundation.

The author traveled to Moscow on invitation from Open Innovations Forum, Skolkovo