It is official now! Microsoft is replacing its Nokia branding with ‘Microsoft Lumia’ on the company’s Windows phones platform. And the company is set to unveil its first Microsoft Lumia device soon. As part of this transformation, the Nokia brand will continue to ring on cheap handsets.

As part of this transition, the company is also in the process of changing Nokia’s websites and social media accounts. Even though Lumia smartphones will drop the Nokia brand, Microsoft still has a 10-year license to use the Nokia brand name on basic phones.

“Microsoft continues to sell and support the Nokia Lumia phones that are out in the market, such as the recently announced Lumia 830 and Lumia 730/735. We will continue to honor customer warranties and provide world-class care services as before. Microsoft will continue to sell Nokia-branded, entry-level category of phones, such as the Nokia 130. We have licensed the Nokia brand for such devices,” explained, Tuula Rytilä, Senior Vice President of Marketing for Phones at Microsoft as part of an interview at Nokia’s blog.

This announcement carries an interesting timing as Microsoft has just reported its fiscal first quarter numbers and the phone division brought in $2.6 billion in revenue for the company, $478 million of which contributed to the company’s gross margin. The company reported that it sold 9.3 million Lumia devices in the quarter which was five percent more than the year ago period.

Previous articleGrowing Importance of Small Cells and the Backhaul Challenge
Next articleSamsung Donates 3,000 Smartphones in Support of the Fight against Ebola 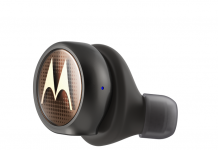 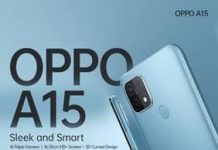