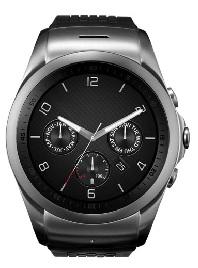 The LG Watch Urbane LTE, a next-generation wearable watch, will also include NFC and a host of other features that have never been offered before on a smart device for the wrist.

As the fourth smartwatch from LG, the LG Watch Urbane LTE is the most ambitious. It offers the style and sophistication of a real analog watch and adds to this the highest level of micro-technology centered around a 1.3-inch Plastic-OLED display.

Under the P-OLED display, the LG Watch Urbane LTE packs all the communication capabilities of a smartphone in a polished, metal wristwatch. Like any 4G phone, it can make and answer calls as well as send and receive text messages.

With carrier support, the smartwatch offers push-to-talk (PTT) capability with other devices on the same cellular network so customers can use their LG Watch Urbane LTE as a walkie-talkie with unlimited range to talk to multiple parties at the same time.

At the core of the LG Watch Urbane LTE is the all new LG Wearable Platform operating system, developed specifically for the company’s proprietary wearable products. Beyond the OS, the smartwatch carries over most of the features of the acclaimed LG G Watch R, including a display with always-on ambient mode. Paired with the category’s largest 700mAh battery, the LG Watch Urbane LTE delivers impressively long talk and use times and can go for days in standby mode.

Three physical buttons on the right side of the smartwatch allows for easy access to a number of functions without having to swipe through multiple menu screens. The top button accesses the Quick Setting menu where the user can check and adjust battery usage, brightness, volume and connection settings.

The main center button switches between the watchface and list of installed apps. The bottom button acts as the “Back” function when depressed quickly but becomes a safety beacon when long-pressed, automatically dialing any preset phone number as well as sending the location coordinates of the wearer.

The connectivity options offered by the LG Watch Urbane LTE is light years beyond the competition. NFC technology means wearers will have a virtual wallet on their wrist at all times.

Even with all this technology, the LG Watch Urbane LTE isn’t afraid to be get physical. A built-in heart rate monitor and advanced motion sensors make tracking fitness goals easier than with a smartphone. In addition to the standard fitness coach, the LG Watch Urbane LTE also includes specialized features for golfers, cyclists and hikers. IP67 dust and waterproofing certification means the watch can be submerged in a meter of water for up to 30 minutes, making it safe for showers and exposure to perspiration.

Whether working out or working a room, access to several thousand watchfaces ensures that the LG Watch Urbane LTE can always be personalized to suit one’s taste and style of the moment, from the shape of the watch hands to the background, which can even be customized using photographs from a smartphone or tablet.

“The LG Watch Urbane LTE is an example of the kind of innovation that’s possible when you’re the industry leader in LTE technology,” said Juno Cho, president and CEO of LG Electronics Mobile Communications Company. “This smartwatch breaks new ground with the world’s first LTE connectivity and the real-watch styling of a high-end modern classic watch. It embodies our philosophy, innovation for a better life.”