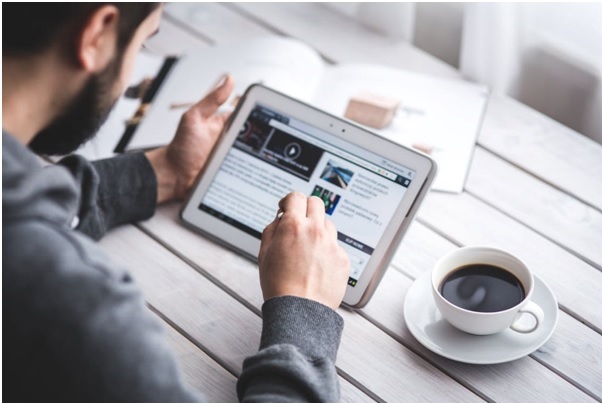 Lenovo recently launched their new line of ThinkPads, with their devices feature a rare but growing technological trend. This is the idea of a detachable screen that can also be used as a tablet device. While not the first laptop to adopt this approach, as we saw with Microsoft’s Surface Pro at https://telecomdrive.com/microsoft-unveils-surface-pro, the new ThinkPads illustrate a growing sector of the mobile computing market.

The X12 itself appears to feature a strong combination of modern features, including a 12.3-inch screen, an 11th Gen Intel vPro processor, and up to 16GB of LPDDR4x RAM. In conjunction with one terabyte of NVMe storage and support for Lenovo’s proprietary Precision Digital and Pen technology, it’s a high-performance and purpose-built business machine.

Just as interesting is the form-factor, where the components of the laptop are stored with the screen, or tablet section of the system. This gives the impression that the keyboard is the accessory here, and not the display itself. Primarily, this function ties into the stylus controls, but it could also feasibly be used to dock the device into other larger systems.

With a starting price of US $1,149.99, this could prove to be a solid choice for many graphics dependant business users. On a larger scale, the continued success of these lines of products might indicate a business work shift towards a more mobile form of workspace.

2020 was a year when remote work saw mass-adoption like never before. In this proliferation, it also revealed to both workers and employers the benefits that this type of system can bring. As a result, many of those who engaged in distance work for the first time in 2020 have become hopeful that they might continue such methods going forward.

In a study by Flex Jobs, 65% of those who tried distance work now want to adopt distance work full time. This is in conjunction with 31% that would like a hybrid remote work setup, with 96% of all respondents desiring some inclusion of the remote model. The same interest has also manifested for employers, with 80% of company leaders working to better facilitate distance work into 2021. Even CEOs were onboard, with 78% agreeing that increased distance work is a valuable and viable long-term goal.

These stats are so important because of how they fit with the business potential that devices like the X12 Detachable represent. Traditional laptops, while long-serving as shared home and work business tools, are often too generic to be useful in more specific operations like graphics work. These new laptops/tablets essentially remove this barrier, creating a much more free-flowing home and work environment. If remote work is going to take off as it seems set to, the business world is going to need a lot more systems like this to maintain peak efficiency.

The Entertainment and Education Environments

Outside of the business world, such transformable devices also hold significant untapped potential in entertainment and education. Both laptops and tablet computers are already commonplace in this arena, so it follows that a device which combined both of these into one could stand to gain major ground in many areas.

In education, many university students undergo assignments that require both written and visual components. For both development and notation, a laptop/tablet hybrid could serve both purposes simply in one device. This would not only save money over separate devices; it could also help to mitigate the ever-growing problem of electronic waste.

For interactive entertainment, the transformability of these devices could be just as helpful. For example, modern online casino websites like those at https://www.vegasslotsonline.com/real-money/ are designed for both desktop and mobile play. There are options for those who even want to play with real money. With new systems, players could sign up for the websites and bonuses using the keyboard, and then remove the screen to play more comfortably on a couch or in bed. It also helps that many modern games like these work perfectly with touch-controls, making the process even easier.

The same could be said for streaming sites like Amazon Prime Video. Again a case where searching can be slightly more streamlined with a mouse and keyboard, the actual playing of videos could be done in a more relaxed environment should the user wish.

Finally, the next generation of game-streaming could also benefit from the detachable screen approach. Game-streaming systems like Stadia and Project xCloud might not be popular yet, but their upward trajectory makes them likely to vastly expand in the new few years. Again a strong fit for the large screens and precise controls of variable-state systems, this combination could be a promising one.

At this point, transformable devices like Lenovo’s ThinkPad X12 Detachable are still in their infancy. Given the current momentum of remote work and their advantages in education and entertainment, however, this is not likely to stay the case for long. In the future, devices like these could be just as common as their more traditional cousins. With so many advantages and no major downsides, it’s only a matter of how deep mainstream adoption could go.