Kinetic by Windstream, a long-time provider of communications services in Nebraska, is executing a vision for the future centered on fiber expansion and gigabit-capable services.

The company’s multi-year plan will invest billions of dollars to bring fiber-backed gigabit services to millions of customers across its 18-state footprint.

Kinetic is already making progress on its fiber goals for Nebraska with 56,000 locations enabled with fiber services in the past two years.

Kinetic has engineered additional projects to bring fiber to homes and businesses in rural areas near Bellwood, Osceola and Shelby. These projects have been planned under the rules of the broadband expansion program made possible by the Nebraska Universal Service Fund. Each of these projects is awaiting approval by the Public Service Commission, which administers the fund, said Trent Fellers, vice president of state government affairs for Kinetic.

“Public-private partnerships have been instrumental to roll out high-speed broadband to customers in the most rural areas,” said Fellers. “Coupled with our investments, Kinetic forms partnerships with federal, state and local entities to overcome the challenges presented in low-density population areas to serve more customers.”

Additional fiber-to-the-home projects in and near David City, Garrison, Louisville, Geneva, and Hebron were made possible with grants from the Nebraska Department of Economic Development.

High-speed internet enables possibilities for communities from distance learning to work-from-home opportunities to cutting edge video and gaming options, and the new Kinetic is delivering in meaningful ways. 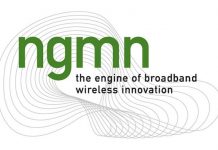