Home Android Karbonn partners with SwiftKey and Unveils Titanium Mach One Plus for INR... 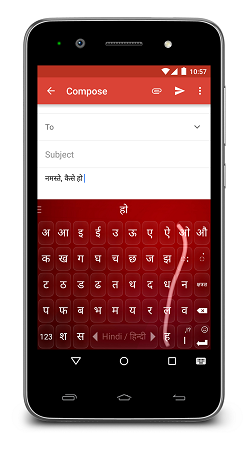 Karbonn, an Indian smartphone player and SwiftKey, the keyboard app have entered into an exclusive partnership to bring intuitive language typing to their smartphones with the launch of Titanium Mach One Plus for INR 6990 in India.

The partnership aims to bring SwiftKey’s most innovative features to Karbonn customers in up to 22 local languages, including: , spoken by over 70% of the Indian population. 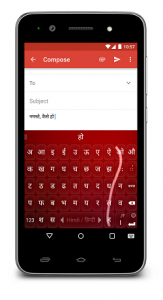 Powered by artificial intelligence, SwiftKey Keyboard provides personalized predictions and auto corrections, learning and adapting to the unique typing style of each user.

“SwiftKey remains committed to innovating and improving our product for the Indian market and tailoring it for each individual user, their writing style and the languages they use”, says Eric Collins, Chief Revenue and Distribution Officer. This year we are putting even greater effort into ensuring that SwiftKey is the keyboard app of choice for people in India.”

Speaking on the collaboration with SwiftKey, Shashin Devsare, Executive Director of Karbonn Mobiles said “India is currently the second largest smartphone market in the world expected to touch over 650 million smartphones over the next four years. This growth is expected to be driven primarily by Socio Economic Segments B, C and D with limited digital skills and English language fluency. Vernacularising the smartphone experience would play a pivotal role in connecting the next 100 million users under the smartphone fold. Our exclusive partnership with SwiftKey is aimed at empowering Indian smartphone users with the choice to type and share their thoughts in their local language by bringing the most advanced keyboard solution on Mach One Plus. Extending the benefit to existing users, Karbonn customers would receive an exclusive over-the-air update with the latest SwiftKey Keyboard.”

The keyboard layouts have recently been redesigned to make them even more intuitive and adaptive, making it easier to communicate for speakers of these Indian languages.

The layout of these contextually aware keys maintains the structure of the active language, mimicking how Hindi speakers would have been taught the language at school to make the experience more intuitive.

The SwiftKey team worked hard to provide as valuable an experience as possible for its Indian users, enlisting the support of language expert Dr. Jha of Jawaharlal Nehru and his students, who worked very closely with the team to develop Indian language models.

The collaboration between SwiftKey and Karbonn is a milestone for both companies in their ongoing mission to bring easier, faster communication to their Indian-speaking users.