Home Analysis India and Vietnam – Developing Synergies on IT and Communications 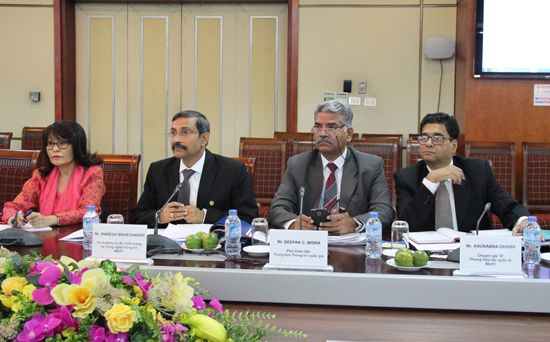 Ministry of Information and Communications Vietnam and Ministry of Electronics and Information Technology of India held the first meeting of the Vietnam – India joint working group in Hanoi.

At the meeting, representatives of the Ministry of Information and Communications introduced the overview of IT development in Vietnam, according to www.MIC.gov.vn.

According to India’s experience, database systems are often built by local authorities, but the government does the monitoring, management and fully financially supported if the database system serves the general need, not the specific needs of the locality.

At the meeting, representatives of the two Ministries exchanged experiences on cooperation in information security, human resource development and business cooperation.

The two sides also agreed that the 2nd meeting would be held in India in the second half of 2018.