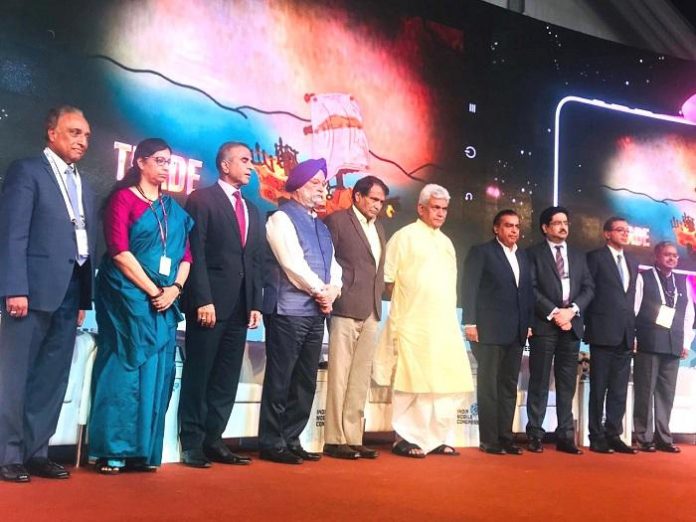 The IMC 2018 conference and exhibition was held over a total area of more than 50,000 square-metres, with more than 5,000 delegates in attendance. Delegations from 20 countries participated in the event, which saw more than 300 companies showcasing their latest and best technologies, products, services, and applications. According to the organisers, more than 50,000 curious visitors attended the various sessions and viewed the futuristic solutions on display at the exhibition stalls.

An extremely relevant addition at this edition of the IMC was the presence of high-level ministerial delegations from several BIMSTEC and ASEAN countries. Hon’ble Ministers from the European Commission, Cambodia, Myanmar, Nepal, and Lao PDR led their respective delegations, and participated in plenary sessions which were focused on the specific needs, challenges, and opportunities applicable to member countries of these regional forums. The presence of the high-level delegations also offered them an opportunity for bilateral meetings with their Indian counterparts, where topics of mutual interest were discussed, and possibilities of strengthening cooperation were explored.

Among the companies whose participation contributed to the success of IMC 2018 were global and local giants such as Samsung, Intel, Ericsson, Nokia, Cisco, NEC, Accenture, KPMG, E&Y, Facebook, Huawei, Sterlite, Vodafone Idea, Reliance Jio, Airtel, and BSNL. Several exhibition stalls set up by these companies attracted crowds of interested visitors, while leaders from the companies enriched the discourse through their participation in the various plenary sessions. The exhibition stalls covered a variety of interesting possibilities, hinged around 5G, Internet of Things, Augmented and Virtual Reality, Artificial Intelligence, Robotics, Smart City Solutions, Fintech, Health-Tech, Autonomous Cars, and Cyber Security, amongst others.

An interesting feature of this edition of the IMC was the focused attention on the critical Start-ups ecosystem. More than 200 start-ups marked their presence at the event, with their booths displaying ideas and innovations which seek to leverage the potential of digital communications to create and meet ever-changing consumer needs – in areas such as artificial intelligence, integrated services, healthcare, pharma, security, safety, food, sports, social networking, travel, education, and disaster management, among others. As Shri Manoj Sinha, while inaugurating the simultaneous release of 250 start-up applications at the IMC 2018, said – “The sheer volume and quality of what I see here is amazing. Who knows, we may right now be releasing the WhatsApp and Google Maps of tomorrow!”

The event was also noteworthy for some very remarkable announcements which clearly established the direction of the Indian digital communications industry over the next several years. The Government of India announced the commitment of the industry to rollout One Million WiFi Hotspots in the Country by December 2019. The National Frequency Allocation Plan (NFAP) 2018 was also unveiled at the event. NFAP 2018 frees up a total of 605 MHz spectrum in the 5-GHz band for Wi-Fi services. Several spectrum bands for Short Range Devices and Ultra WideBand Devices have been made license exempt, benefiting the public as well as industry.