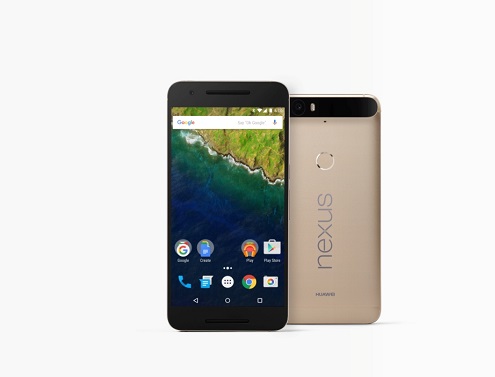 Huawei, the world number 2 smartphone manufacturer, has unveiled the Limited Edition Nexus 6P Gold in India. The smartphone would be exclusively available on Flipkart.com for INR 43,999.

The 64 GB Nexus 6P Special Edition would be available with an additional 10% Bank Offer for 1st 3 days starting 21st December, 2015.

Running on its latest version of Android ‘Marshmallow 6.0’, Nexus 6P offers a pure android experience, sweetened by amazing apps and sandwiched by some cutting-edge hardware, available across Nexus devices.

Commenting on the announcement, Allen Wang, President, Huawei India – Consumer Business Group, said, “The Huawei Nexus 6P has been well received by the Indian audience and keeping in mind the niche target group, we have introduced the Gold color Special Edition of the smartphone. At Huawei, we use the cutting-edge manufacturing technique combined with latest and innovative software technology to provide the best-in-class product.

Commenting further on the launch of the limited edition, P. Sanjeev, Vice President Sales, Huawei India – Consumer Business Group, added “The limited edition Gold Nexus 6P would be available on Flipkart starting December 21st and we are hopeful that this Special Edition smartphone would receive an overwhelming response from the Indian customers just as the other variants of 6P did.”

The Nexus 6P is designed with an all-metal unibody. Crafted from aeronautical-grade anodized aluminum with diamond chamfers encircling its edges, the sculpted back of the phone accents the low-light-loving, fast-movement-capturing camera.

With the Nexus 6P, Huawei and Google have introduced a truly premium device that is 100 per cent Android, integrating the newest OS, Android 6.0 Marshmallow.

Nexus 6P features a 5.7-inch WQHD 518ppi AMOLED display perfect for playing games, watching movies and getting work done in stunning clarity, and front-facing stereo speakers for crisp, clear sound. With the latest version of the octa-core Qualcomm Snapdragon 810 v2.1 processor under the hood, Nexus 6P delivers great performance, and the 3450mAh battery keeps you talking and texting from day to night.

With the reversible USB Type-C port, there’s no more guessing which way is up. The included Type-C fast charger gives up to seven hours of battery life from a 10-minute charge.

The Nexus camera is great for outdoor photography, but where it really shines is in conditions with less-than-ideal lighting. The larger 1.55um pixels capture more light even in the dimmest conditions to produce stunning details and sharp images.

Nexus 6P is also capable of recording 4K and high-frame-rate slow-motion videos. With a faster Google Camera app, you never miss a moment, and with the smart Google Photos app, your memories are easy to relive and always at your fingertips.

Nexus 6P also features an 8MP front facing camera with Google’s innovative HDR+ technology, making it one of the best selfie cameras in the market.

This Nexus is quicker and more secure with Nexus Imprint. Placed on the back of your device to complement the way you naturally hold it, one touch will turn on your phone and unlock your apps for smooth, easy access.

Xiaomi India spins off POCO as an independent brand

Predictions 2020 | Rise of 5G | Entertainment in Cars | Focus on Privacy