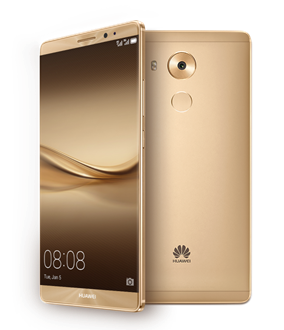 With Huawei shipping 108 million smartphones in 2015, the company cemented its position among the top three in market share, while significantly reducing the competition gap. Additionally, Huawei has held the highest market share in China since March 2015, during which it launched two premium smartphones, the P8 and Mate S.

Along with its breakthrough in China, Huawei has experienced success in global markets. In western Europe, Huawei’s market share in the high-end smartphone market (phones priced between 400 to 500 Euros) achieved outstanding results, and the company ranked in the top three in market share in Spain, Italy, Belgium, Switzerland, Portugal and several other countries.

Huawei’s business performance can be attributed to its investment in innovation and R&D. Huawei has established 16 research laboratories around the world, including locations in China, Germany, Sweden, Russia and India. In 2014, Huawei invested 14.2 percent of its annual revenue in R&D while securing 76,687 patents, 18,000 of which apply to Huawei devices.

Huawei has applied its self-developed innovation to its latest products, enabling people to have amazing experiences using the devices. For example, Huawei invested $98 million USD over three years and established a research team in France to create the first Huawei-developed ISP for the Mate 8. This enabled users to take better photos with faster focus, enhanced clarity and a more accurate color shade. Additionally, the Press Touch technology introduced in the Mate S broke the tradition of two-dimensional touch-screen control and launched a new era of interaction between humans and machines. Furthermore, Huawei’s Fingerprint 2.0 technology increased recognition speed by 100 percent, while the Knuckle operation was well-received by users.

At CES 2015 Huawei partnered with some of the world’s top brands to provide people with amazing device experiences:

· Huawei partnered with Swarovski to launch the HUAWEI WATCH Jewel, the world’s first smart watch designed for women. HUAWEI WATCH Jewel features 68 SWAROVSKI ZIRCONIA inlayed in the watch dial plates, while the watch strap is designed with Italian crocodile calfskin to match the device’s elegance to its functionality.

· The Huawei Nexus 6P, created in collaboration with Google, has propelled Huawei to become one of the world’s top brands, as the devices’ design and quality exceeded previous Nexus versions.

· Huawei also focused on integrating technology and fashion, by collaborating with Vogue during the Milan Fashion Week events, and with world-renown fashion photographer Mario Testino and top models Karlie Kloss and Sean O’Pry, who appeared in a video advertisement that drove significant sales in Europe.

In 2016, Huawei will continue its spirit of winning collaboration by partnering with the industry’s top brands in various industries, ranging from flagship products, the smart home to cloud services.

Through advanced technology, innovation and collaboration, Huawei will continue to deliver leading technology products to its customers. The ongoing integration between future direction of consumer devices and partners’ advanced technology will result in new, cutting edge products and amazing user experience.