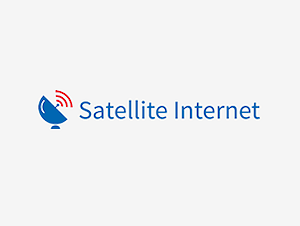 Final approval for this third installation came late in the project on January 11, 2016. Despite this, Satellite Internet was able to install the complete network rapidly – providing a robust satellite broadband service offering speeds of up to 25Mbps and bringing residents online within just seven weeks.

Satellite Internet Business Development Director David Hennell said: “Despite the very short timescales, we were very confident that we could provide the necessary infrastructure to make this third MTP deployment a success. However, we couldn’t have achieved this without the enthusiasm and support of Broomfield Parish Council and the closeness with which we, the Broomfield community and CDS have all worked, ensuring that the installation has been a success.

“The effectiveness of the headend installation and supporting network is a clear example of the speed and flexibility with which satellite-based broadband technology can be deployed. This has created high-speed, reliable connectivity in an area where previously broadband speeds were very slow and where other more traditional and terrestrial-based methods of broadband delivery were simply unavailable.”

The UK Government-funded MTP project is part of a wider programme – involving six other deployments across the UK – which aims to assess which technologies and commercial models are best suited to deliver superfast broadband to the hardest-to-reach areas. Satellite Internet’s project uses a Satellite Distribution Node (SDN) and a Wi-Fi head-end installed at a central location. The broadband connection is then supplied to end-users via a Fixed Access Wireless (FAW) network, while properties which cannot be covered by wireless have an individual Direct-to-Home (DTH) dish installed.

Broomfield is the third and final village to take part in Satellite Internet’s MTP, with Luxborough and Simonsbath, also in Somerset, getting connected last year. Households which signed up to the trial received majorly increased broadband speeds, leading, so far, to more than 60% of residents retaining the service on a normal commercial basis following the end of the trial period.

Somerset County Council deputy leader councillor David Hall said: “I’m delighted for everyone in Broomfield who now has the opportunity to access improved broadband as a result of this technology trial. The ability to access high-quality communications infrastructure is critical to businesses and an important part of improving quality of life. The more people across Somerset and Devon who are connected, the better for everyone.”

To connect Broomfield, CDS rapidly established it as eligible, with 17 postcodes in the parish and surrounding area – around 160 homes and businesses – receiving broadband speeds of below 2Mbps. After the final green light was given, detailed surveys were carried out to establish the optimum location of the satellite distribution node headend and installation of the core wireless network began within weeks.

The Parish Council was key in helping share information about the upcoming trial, which was communicated to residents at a well-attended community drop-in session held on January 28, 2016. All 24 properties signed up to the trial and have now been provided with either a DTH dish-based solution or a wireless connection.

The scheme is based on SES Techcom’s Astra Connect For Communities model to provide homes with internet speeds of up to 25Mbps. Satellite Internet partners with SES Techcom Services to deliver high-speed satellite broadband services across the UK and Ireland.