Globe Telecom continued to dominate the country’s mobile data segment after posting mobile browsing and other data revenues of P9.5 billion in the first six months of the year, a 53% growth from previous year’s level at P6.2 billion. On a quarterly basis, second quarter 2015 revenues reached P5.1 billion, up 16% from previous quarter at P4.4 billion. 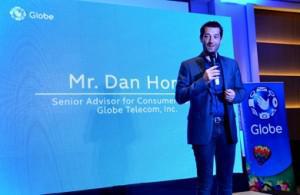 This achievement brought the contribution of mobile data revenues to total mobile revenues by 23% as of 1st half of 2015, coming from 16% the previous year.

With mobile data business growing at a rapid pace, data users from overall Globe mobile customer base have grown to 37% during the same period, a substantial increase from previous year’s 17%. Wireless data traffic on the Globe network has also increased by 82% year-on-year with the growing number of smartphone users and applications that leverage the internet.

“Our mobile data revenues have once again exceeded our expectations, maintaining its robust double-digit growth during the first half of the year. We are confident that we can sustain this growth momentum as we are well-positioned and equipped to offer the best products and services to cater to the market’s growing demand for quality digital content with our topnotch partnerships backed by our modernized network. We will continue to uphold our leadership in the digital space by creating the best digital lifestyle experience for the Filipinos,” Globe President and CEO Ernest Cu said.

The significant growth in mobile data revenues was driven by the steady take-up of its GoSURF consumable data plan which comes with free access to Facebook, Spotify, and top mobile games such as Clash of Clans and Candy Crush, among others, without data charges or the need to connect to a Wi-Fi spot. Globe also holds a partnership with entertainment companies such as NBA and HOOQ to give customers a premium video streaming experience on mobile and broadband devices.

During the second quarter of the year, Globe forged a comprehensive and multi-year collaboration with The Walt Disney Company Southeast Asia to offer a complete suite of entertainment experiences to its customers. The collaboration aims to give Filipino customers access to video-on-demand, interactive content, promotions and other related services across multiple devices and affirms the relationship of Globe with Disney whose brands include Disney, Pixar, Marvel, Star Wars and global leader in short-form video, Maker Studios.

The telco company also brought back its partnership with leading social networking site Facebook to reinforce its drive to boost internet penetration in the Philippines and pioneer more ways to get Filipinos connected to Facebook without data charges. Globe offers its customers Facebook with free data with a new in-app feature that allows customers to choose the type of Facebook access, Free Facebook for 7 Days for TM customers, and Free Facebook with a GoSURF subscription.

“Our commitment to enabling the Filipino digital lifestyle remains solid as evidenced in our innovative offers and partnerships that brought the performance of our mobile data business to another all-time high. We believe that this business model is the most appropriate path for us to meet the changing needs of our customers as the world of data becomes more pervasive in their lives. With the growing adoption to more connected devices, Globe expects its mobile data business to create deep revenue streams for the company in both the near and long-term period,” Globe Senior Advisor for Consumer Business Daniel Horan added.

To support the growing demand for bandwidth-heavy services such as broadband and data, Globe spent around P11.4 billion in capital expenditures in the first half of 2015.