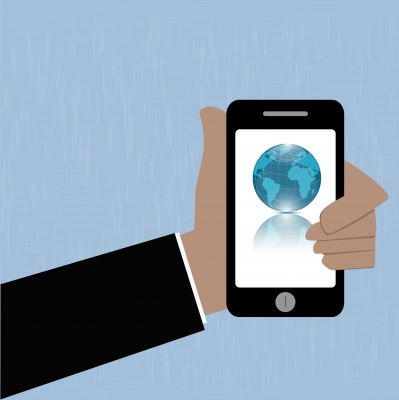 With the advancement in 3G and 4G networks, more and more mobile users are picking up smartphones as they become more affordable. Market research firm eMarketer expects that 4.55 billion people worldwide will use a mobile phone in the year 2014.

Mobile adoption is slowing, but new users in the developing regions of Asia-Pacific and the Middle East and Africa will drive further increases. Between 2013 and 2017, mobile phone penetration will rise from 61.1% to 69.4% of the global population, according to a new eMarketer report, “Worldwide Mobile Phone Users: H1 2014 Forecast and Comparative Estimates.”

The global smartphone audience surpassed the 1 billion mark in 2012 and will total 1.75 billion in 2014. eMarketer expects smartphone adoption to continue on a fast-paced trajectory through 2017. Nearly two-fifths of all mobile phone users—close to one-quarter of the worldwide population—will use a smartphone at least monthly in 2014. By the end of the forecast period, smartphone penetration among mobile phone users globally will near 50%.

Mobile phone users are rapidly switching over to smartphones as devices become more affordable and 3G and 4G networks advance. Smartphone users currently account for a majority of mobile phone users in 10 of the 22 countries included in our forecast. eMarketer expects this to increase to 16 countries during 2014.

While mobile phone usage is close to ubiquitous in Western Europe, North America, and Central and Eastern Europe, people living in Latin America, Asia-Pacific and the Middle East and Africa—especially those in low-income countries with widespread rural populations and vast terrains—will be less likely to own and use a mobile phone or smartphone.

More than 2.23 billion people worldwide, or 48.9% of mobile phone users, will go online via mobile at least monthly in 2014, and over half of the mobile audience will use the mobile internet next year. Mobile data network expansion—especially in areas outside of urban centers in emerging markets with rising middle classes—and the adoption of smartphones and feature phones with internet capabilities will fuel growth of the mobile phone internet consumer base. We estimate that the total number of mobile phone internet users will rise 16.5% in 2014 and maintain double-digit growth through 2016.